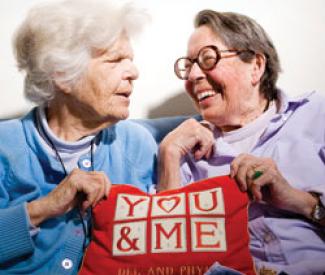 San Francisco’s political establishment will rightly celebrate itself this afternoon [Wed/12] at 5pm with a ceremony in City Hall marking the 10th anniversary of the unilateral decision to start issuing marriage licenses to same-sex couples, kicking off what became known as the Winter of Love.

It was the greatest thing that then-Mayor Gavin Newsom did during his seven-year tenure in Room 200, a bold and principled stand for civil rights that started California down the long and arduous road toward marriage equality.

“It was a proud moment for San Francisco, and some of my most meaningful moments in public service,” Mayor Ed Lee wrote in a guest editorial in today’s Examiner, referring to the minor role that he played as a city administrator at the time.

But that kind of political leadership and willingness to take radical action in the face of injustice — or even the recognition during this kumbaya moment that what Newsom did far exceeded his actual legal authority — seems to be absent in today’s City Hall, which overvalues civility and compromise.

Real estate speculators and greedy capitalists are rapidly changing the face of San Francisco, killing its diversity and some would say its very soul, and the Mayor’s Office hasn’t done anything of any real substance to address the problem. While Mayor Lee gives lip service to protecting the city “for the 100 percent,” it is his supporters from the 1 percent that are acting with impunity to evict our workers, artists, and valued cultural institutions.

So as San Francisco officials pat themselves on the back this afternoon at City Hall, celebrating what was indeed an important and historic effort, our hope is that they will remember the radical spirit of that fateful moment and apply it to the pressing problems that have ignited such populist outrage today.