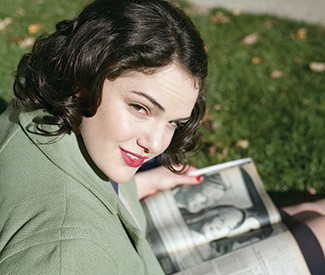 FILM San Francisco IndieFest celebrates its Super Sweet 16 with multiple films presenting an appropriately teenage outlook on humanity: Most of the time, people suck. They suck in ways you expect, ways you don’t expect, and ways you should have expected but chose not to, for your own sucky reasons.

Fortunately, not all of these lessons in disappointment come packaged in depressing movies — though at least one, Bluebird, does. In snowy Maine, an otherwise kind and responsible school bus driver (Amy Morton) screws up the head count at the end of her route, and a child is left behind on a long, cold night. The small town reacts as you’d expect, with stares and whispered gossip. But as it turns out, most of the characters affected by this tragic mistake are already in a pretty bad place, and must now face hitting a floor even lower than they’d imagined was possible.

Chief among them is the bus driver’s weary husband (Mad Men‘s John Slattery, playing nicely against type except for one very Roger Sterling-ish scene), who’s just found out he’ll soon be unemployed, and the neglected boy’s troubled mother (Louisa Krause), who adds this incident to her running list of personal demons. Writer-director Lance Edmands edited Lena Dunham’s 2010 breakthrough Tiny Furniture (blink and you’ll miss Girls‘ Adam Driver in a handful of Bluebird scenes); his first feature as writer-director is very much in the classic American indie mode, with ordinary people’s lives intersecting in an ordinary town, extreme feelings of loneliness and unfulfilled dreams lurking just below the surface. Frankly, it can get morose, though Emily Meade (who resembles a younger Emma Stone) brings some spark as a high-schooler dealing with sucky boy drama on top of sucky everything else.

Less earnest, thank goodness, is the latest short from San Francisco filmmaker Vincent Gargiulo (2011’s The Muppetless Movie), which screens as part of IndieFest’s “#feelings” program. Filmed on location in Minnesota, Duluth is Horrible follows a handful of oddballs working through heartbreak via Reddit posts, awkward blind dates, and karaoke. Gargiulo — who told me during last year’s IndieFest that the idea for Duluth came to him in a dream — wields his own brand of bizarre humor with complete confidence. Here’s hoping he channels that into a feature film next.

Two of IndieFest’s genre standouts also hinge on human shortcomings. Joe Begos’ Almost Human follows a trio of friends dealing with the aftereffects when one is, uh, abducted by aliens, then returns a few years later acting mighty strange. The man’s left-behind former fiancée and best friend have just enough time to come to grips with their guilt and paranoia before they have to start fending off creepy offers of “Join me and be reborn!” Yeah, this is a wall-to-wall John Carpenter homage — the lead character appears to have stepped right off the set of 1982’s The Thing — but it’s done exactly right, with some spectacular, blessedly CG-free gore effects to boot.

Also a must-see for horror fans: Zack Parker’s Proxy, a Hitchcockian mindfuck of a movie that offers up so many plot twists it’d be nearly impossible to relay a spoiler-free plot summary — though as soon as you hear the pregnant woman’s last name is Woodhouse, as in Rosemary, it’s made pretty clear that this grieving-mother tale ain’t gonna be what it seems. If you can make it through the brutal attack that happens in Proxy‘s first five minutes (close your eyes if you must), you’ll be richly rewarded.

It feels almost wrong to lump Hank: Five Years From the Brink into this roll-call of sinister neighbors and emotional vampires, but there are certainly many who’d call former Treasury Secretary and Goldman Sachs CEO Hank Paulson worse names. This latest doc from Joe Berlinger (the Paradise Lost trilogy) follows the template favored by Errol Morris in films like 2003’s The Fog of War and last year’s The Unknown Known, surrounding an extended sit-down interview with news footage and home movies reflecting on a political subject’s career.

In Paulson’s case, he walks us through the 2008 financial crisis (Jon Stewart referred to him as “Baron Von Moneypants”) with the benefit of hindsight, and a certain amount of self-effacing humor. Whether or not you agree with the guy’s actions, he’s actually pretty likeable, and Berlinger’s decision to include interviews with Paulson’s no-nonsense wife, Wendy, adds a human angle to the decisions behind the “too big to fail” fiasco.

I hear you sighing. You demand uplift, dammit! Where are the happy movies? Though it’s not without moments of relationship angst, Mexican filmmaker Fernando Frias’ Rezeta just might be the festival’s feel-good breakout. Largely improvised and filmed using handheld cameras and a cast of first-time actors (how do you say “mumblecore” in Spanish?), Rezeta follows a year or so in the life of Albanian model Rezeta (Rezeta Veliu), who arrives in Mexico with a good grasp of English but little knowledge of the local culture.

On her first job, she meets Alex (Roger Mendoza), a metalhead whose friendship becomes the one constant in her breezy life. As they slowly become a couple — the passage of time is marked out by Alex’s changing facial hair and Rezeta’s developing Spanish-language skills — the places where their personalities don’t quite mesh become increasingly apparent. Rezeta picked up a special jury award at the recent Slamdance Film Festival, and it’s not hard to see why; the characters feel so real. Don’t we all know that sweet girl who turns into a catty pain when she’s drunk, or that guy who’s too cool to get excited about anything, or that couple who’s fun to be around — until they start screaming at each other on the sidewalk outside the bar? Ah, youth.

Also worth mentioning: wonderful centerpiece pick Teenage, a collage film by Matt Wolf (2008’s Wild Combination: A Portrait of Arthur Russell) that’s based on Jon Savage’s Teenage: The Creation of Youth Culture, spanning the adolescent experience from 1875-1945. First-person narrators (voiced by Jena Malone and Ben Whishaw, among others) reflect on the lives of teens from the US, the UK, and Germany, emphasizing both current events (World Wars I and II) as well as dance and music fads.

Finally, I’d be remiss for not calling your attention to A Field in England, easily the single weirdest pick of IndieFest 2014. Fans of Ben Wheatley, a fest vet and one of the most exciting directors to come out of England in years (2011’s Kill List, 2012’s Sightseers), already know what’s up; everyone else, step boldly into this black-and-white slab of insanity set amid a handful of deserters scuttling away from their posts during the English civil war. And then the cape-wearing necromancer shows up, because of course he does. “I think I’ve worked out what God is punishing us for,” one hapless character gasps. “Everything!” *