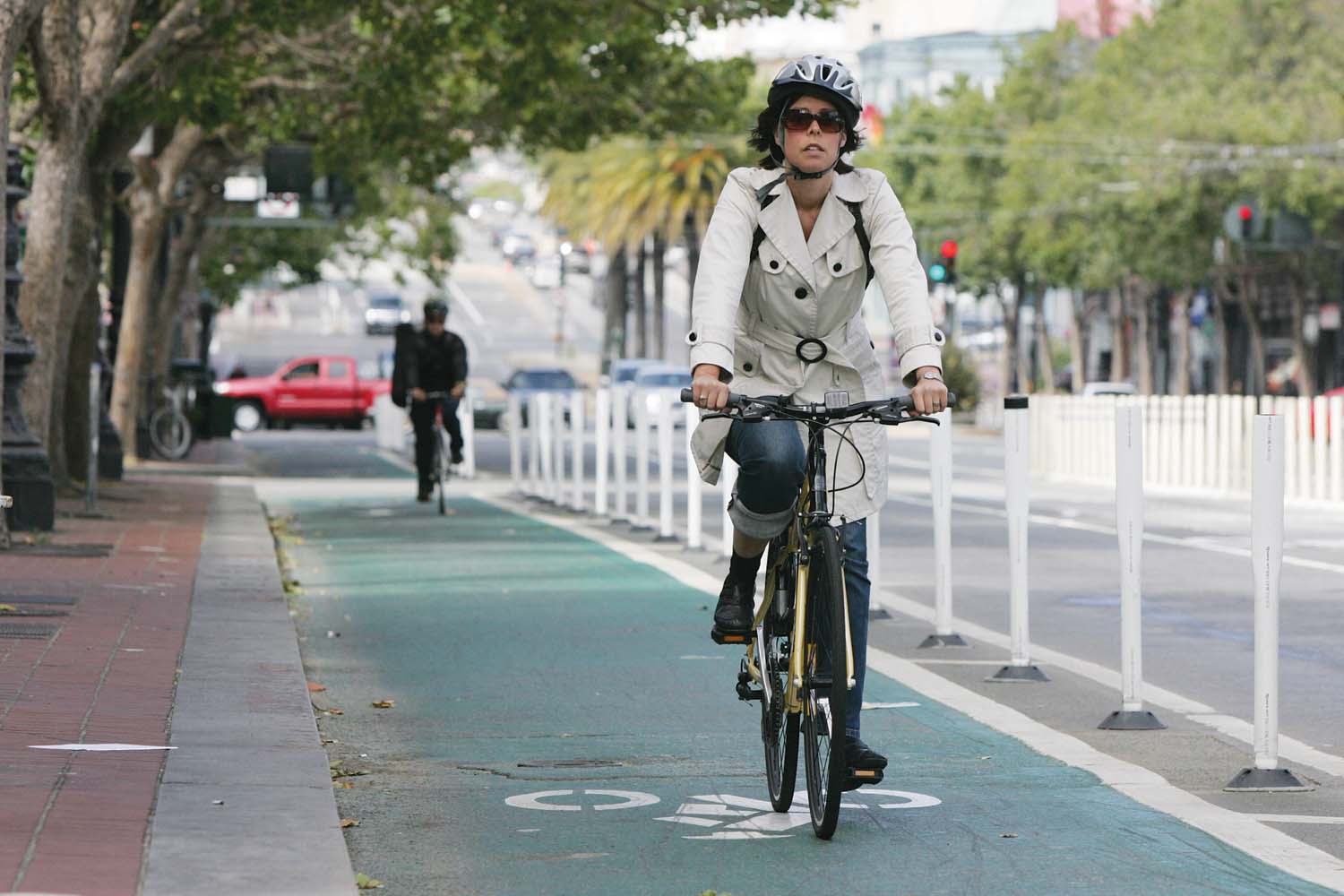 San Francisco has been blazing the trail toward safer cycling with innovative designs such as cycletracks, or bike lanes that are physically separated from cars, which have been installed on Market Street and JFK Drive. But cycletracks aren’t legal under state law, something that a San Francisco lawmaker and activist are trying to solve so that other California cities can more easily build them.

“Right now, many cities are not putting in cycletracks for fear they don’t conform to the Caltrans manual,” says Assemblymember Phil Ting, whose Assembly Bill 1193 — which would legalize and set design standards for cycletracks — cleared the Assembly yesterday [Wed/29] and is now awaiting action by the Senate.

Ting is working on the issue with the California Bicycle Coalition, whose executive director Dave Snyder is a longtime San Francisco bike activist. Snyder says Caltrans doesn’t allow bike lanes that include physical barriers against traffic, even though they are widely used in other countries and states and considered to be safest design for cyclists.

“San Francisco is technically breaking the law because they have the best traffic engineers in the state and a good City Attorney’s Office and they know they can defend it in court if they have to,” Snyder said. “Most places in the state won’t do that.”

In addition to the direct benefits of the legislation in San Francisco and other cities, Snyder said the legislation seems to be triggering a long-overdue discussion at Caltrans and other agencies about how to encourage more people to see cycling as an attractive transportation option, with all the environmental, public health, and traffic alleviation benefits that brings.

“It’s opened up a conversation about bike lane design and Caltrans’ role in encouraging safe cycling,” Snyder told the Guardian, praising Ting for championing the legislation. “It’s having an impact beyond its immediate impact.”

The Guardian is waiting for a reponse from Caltrans and we’ll update this post if and when we hear back. [UPDATE 1/31: A Caltrans spokesperson got back to us and said, “It’s our policy not to comment on pending legislation.”]

Surveys by the San Francisco Bicycle Coalition have shown safety is the top concern of those considering riding to work or school more often. Ting said he hopes this legislation will address that concern: “By building more cycletracks in California, there will be increased ridership.”