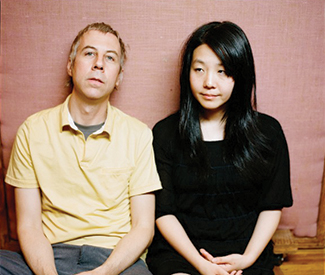 LEFT OF THE DIAL “Why are some songs so perfect in a way that never happens again in our lives? What is it about music and being older than 12 but younger than 20?”

Those are the lines of narration capping the final panel of one of my favorite Lynda Barry comic strips, an autobiographical story in her collection One Hundred Demons. In it, our teenage protagonist is lying in bed, staring at the ceiling, listening to the radio in a manner immediately recognizable to anyone who has ever been a teenager. The mood is: I am surely feeling feelings and thinking thoughts no one ever has before. As I recall, this is what being a teenager is. Every emotion, positive or negative, however fleeting, is all-consuming, and often you have no choice but to lie in your room, crushed by the weight of it, headphones drowning out the world. The idea that “this too shall pass” is impossible to understand, because you can’t even see past the econ test you’re surely going to flunk tomorrow, or that guy in biology who barely knows your name. This is why teenagers always seem so sluggish: That shit’s exhausting.

Ask any teenager what helps them get through it — and here I realize I’m starting to sound like adolescence is an inevitable six-year-long disease of sorts, or perhaps a heroin detox you just have to sweat through, but whatever, it kind of is — and near the top of the list, I bet you’ll find music.

“I would have ended up as a drug dealer, no question,” says John Vanderslice, the musician-producer-owner of SF’s storied Tiny Telephone studios, of what he might have become without music as a young person. “I would currently be residing in prison.”

Lucky for him, “My mother forced me by gunpoint to take piano lessons,” he says. “And this was the dirty South. I was in public schools, where the arts meant, you know, coloring. But I got really interested in music, and that became a huge open door for me. I think it would have been a lot tougher to do what I do now if I hadn’t had that music theory kind of shoved in to my brain when I was seven, eight, nine years old, even if I didn’t know it was happening at the time.”

Vanderslice is just one in a who’s who of Bay Area artists who were invited to think about what music meant to them when they were young — how and when and which music shaped their formative years — in preparation for a Friday, Jan. 31 show celebrating the 5th anniversary of the Magik*Magik Orchestra at the Fox Theater in Oakland. The orchestra, a group of more than 50 musicians who have provided “made-to-order” support on records and tours with Death Cab for Cutie, Zola Jesus, How to Dress Well, and Nick Cave, to name a few, is raising money for Magik For Kids, their nonprofit arm that throws hands-on music education events for school-aged kids in the Bay Area.

“When We Were Young,” presented by Noise Pop, will showcase bands — Nicki Bluhm and the Gramblers, the Dodos, Geographer, and a dozen others — collaborating with a 30-piece orchestra and the 30-piece Pacific Boychoir on songs that the artists themselves selected. The prompt: Pick a tune from your childhood that’s close to your heart.

“It was really interesting to see what people chose — I was expecting more ’80s given the age range, but you realize you’re not always listening to what’s new when you’re little,” says arranger, conductor and Magik*Magik founder Minna Choi, a Berkeley-born, classically trained 32-year-old colleagues refer to as a dynamo. (Vanderslice — who will be performing a Simon and Garfunkel song — agreed to Magik*Magik becoming the house band at Tiny Telephone after Choi cold-emailed him five years ago: “Minna’s the kind of person who can and will do absolutely anything she wants to do.”) Choi will conduct most of the show, with Michael Morgan, conductor of the Oakland East Bay Symphony, appearing on a couple pieces.

In designing music programming for children, says Choi, “We’re trying to create ways to expose younger kids not only to music, but to a music career and what that looks like.” The orchestra has organized instrument “petting zoos,” taught kids to build their own string instruments, and run a summer camp where children learn to conduct.

Many players in the orchestra also teach private music lessons, and some had to cancel a few lessons in order to rehearse for the show. “But the point of this show is music education,” says Choi. “So we came up with a kind of ‘Bring your student to Magik work’ day and had them reach back out to parents saying ‘I can’t do a traditional violin lesson Tuesday, but you’re welcome to bring your son or daughter to the studio, we’ll have it set up for them’…there’s so much to learn there, whether it’s rehearsal technique, or just how to communicate when you’re working with 40 other people.”

Diana Gameros, a staple of the Mission’s indie-folk scene — she’s been called “the Latin Feist” — chose an original song from her most recent album, a song she wrote for her hometown of Juárez, Mexico.

“I grew up listening to very traditional Mexican songs, because my grandparents lived on a little farm and that was what there was,” she recalls. “And I didn’t like it when I was young. I wanted to be hip, I wanted to be cool. I liked really poppy songs, which you could hear on the radio because we were so close to the border. What was that band that sang ‘I Saw the Sign’? That’s what I wanted.”

She moved to the States as a teenager, and began writing songs as a young adult. And that’s when she realized that the traditional Mexican music she’d disliked as a child “was embedded in me…it’s in my blood.” She chose “En Juárez” for this show in part because it’s written from a mother’s perspective: “If I had children, this is a song for them — explaining the realities of Juárez, the violence, but also talking to them about what’s possible, about dreams and the hope we should have regardless of problems,” she says.

“I was just honored to be asked to be part of this show, honestly. It’s going to be a magical night.”

A handful of scattered thoughts, while we’re on the topic of music that helped when you needed to lie on your bed blasting music through a Walkman:

When We Were Young
With Nicki Bluhm and The Gramblers, The Dodos, Diana Gameros, Geographer, How To Dress Well, Zoe Keating, The Lonely Forest, Maestro Michael Morgan, The Pacific Boychoir, Rogue Wave, Two Gallants, and John Vanderslice