Home Double standard for the role of voters in SF waterfront development? 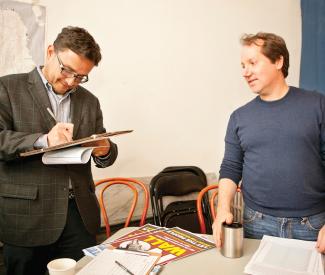 As our article on San Francisco waterfront development was hitting the presses last week, California State Lands Commission Chief Counsel Mark Meier made public a letter questioning the legality of a local initiative in circulation that would submit waterfront projects that break height limits to a vote of the people.

Meier argued that such “public trust lands” are managed locally for statewide benefit, and therefore voters can’t meddle with the decisions made in City Hall or the Port of San Francisco offices: “The land use and management decisions that the City makes regarding these public trust land cannot be overriden by the local initiative process…”

State Lands Commission must sign off on most waterfront developments, along with the San Francisco Bay Conservation and Development Commission, so this Jan. 13 letter to the City Attorney’s Office is significant. It’s unlikely to keep the measure off the June ballot if the campaign gets enough qualifying signatures by Feb. 3, but it could be used in later challenges.

Campaign Manager Jon Golinger said he wasn’t surprised or worried by the threat, calling Meier’s argument flawed. “Our attorneys have already analyzed this and we feel pretty confident,” he told us, summarizing his side’s legal argument as, “Anything that the people’s representatives can do, the people are also allowed to do.”

Golinger also noted a perverse aspect to Meier’s arguments, noting that the initiative seeks to strengthen existing protections of the waterfront, which is exactly what the Burton Act encouraged when transfering authority to the city. And most of the caselaw that Meier relies on for his arguments involved judges ruling against initiatives that sought to weaken local authority and protections.

Golinger also noted the glaring contradiction between the position between taken now by the State Lands Commission, of which Lieutenant Governor Gavin Newsom is one of three elected members, and the Prop. C initiative campaign funded last year by the 8 Washington project developers that was overtly supported by Newsom.

“If this is of question legally, why didn’t Commissioner Newsom raise this last year?” Golinger asked.

In fact, that initiative would have been a far more glaring violation of the sanctity of local government control considering it would have not only green-lighted the 8 Washington project and all of its variances from local codes, but it would have prohibited “discretionary review” of the project by professional city planners.

We called both Meier and Newsom’s office with questions about the letter, its arguments and contradictions, and the role that Newsom had in ordering, preparing, or reviewing the letter. We never heard back from either of them, but we’ll update this post if and when we do.