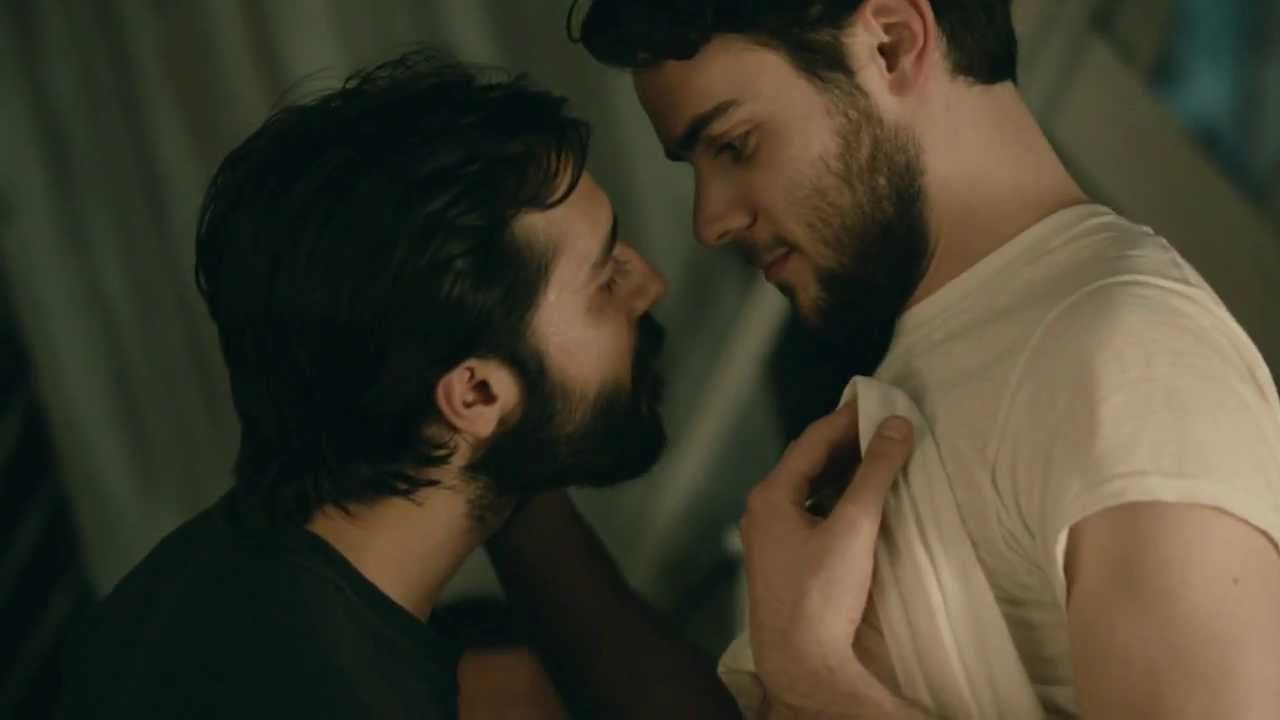 Imagine a place where all the gay men are masculine, well-built, physically unselfconscious, and fashionably tousled; where young male artists and young male people of color mingle with young white male techies (yet are still happily banished to Oakland or work the door at Esta Noche); where having a “lazy eye” or being “slightly portly” renders you disqualified for relationships; where HIV, addiction, and politics barely exist; and where everyone is drenched in soft-spoken sophistication, vague existential ennui, and puppy-eyed cuteness.

This isn’t quite San Francisco (yet), but it is the San Francisco of gorgeously produced, play-it-safe-so-far gay-themed HBO series Looking (it begins airing Jan. 19) — at least the first two episodes, which previewed tonight at the Castro Theater. It’s too early of course to pass any kind of judgment on the entire series, which in many ways may be an accurate reflection of current gay culture, and I maintain very high hopes, especially with such good actors, writers, and attention to detail involved.

But let me tell you: I have never wished more for a stereotypically sassy drag queen to stomp onscreen and break some shit in my life.

The dramatic comedy series so far is so polite, well-crafted, and unassuming that even though you gotta applaud the desire to produce a mainstream gay program whose mission is to avoid gay stereotypes — no flaming creatures here — the end result seems to be a warm apple pie with no teen dick stuck in it, let alone a Cockette. And while Looking is more representative when it comes to ethnicity than initially feared (two Latinos!), it doesn’t seem too keen on taking any risks when it comes to social issues or body types. There is nothing remotely “queer” about Looking so far. Sad trombone!

Hopefully, Looking isn’t shooting itself in the expensive workboots with its own good intentions: to present gay men as basically “normal.” Trouble is, normal gay men at this point on our yellow brick road toward complete assimilation are basically just straight people with an extra hot dog between them. It’s simply not enough anymore to have gay men do normal things — like experience typical relationship problems or worry about getting older — and consider it interesting just because they’re gay. There have to actually be interesting things. And so far the most interesting thing here, besides the yummy SF-centric particulars, might be the characters’ varying degrees of facial hair. (Is contemporary gay exceptionalism hiding behind its own beard?)

Here are the dilemmas the three hunks we’re following on Looking face so far: the young, cute videogame designer keeps flubbing dates by saying the not-quite-right thing; the beautiful artist and his beautiful boyfriend just moved in together and one’s worried they’re not going out enough; and the smokin’ hot late-30ish career waiter is having mild symptoms of a midlife crisis and ambient ex-in-the-picture anxieties. Except for the primly presented three-way, a fumbling public hand job, and a brief Grindr hookup, we might as well be inside a Cathy cartoon. Seriously: one of the characters even ends up guiltily diving into a late-night bowl of naughty starch to eat his problems away. ACK.

To be sure: this show is also in many ways a scruffy dream date, all scrubbed up for dinner at farmerbrown. Hot Chip and Hercules and Love Affair replace Britney and Rihanna at Castro bars. Characters who surely have never seen a real backroom before wave around coffee mugs from The Cock in NYC and other super-insidery gay culture totems. There has been no gym scene. And some of the lines are pretty funny, especially from the requisite saucy gal pal. San Francisco looks absolutely perfect, and well-wrought local details abound. The Brit director is Andrew Haigh, whose dreamy, oh-so-indie “gay boys on fixies” romance Weekend (2011) was like a cool, refreshing splash of the Smiths — or more like the Sundays, or, for the young’uns, James Blake — onto an overheated gay film scene that seemed skewed more towards Katy Perry.

But transplanted to TV mode, the yearning hipster mumblecore aesthetic isn’t casting quite the same spell yet.

Maybe I’m jaded/spoiled, but I remember the feeling of the top of my head being ripped off during the first episodes of the British Queer as Folk (still the high water mark of guilty-pleasure gay television) and parts of The L Word and Six Feet Under — that wondrous sense of audacity that fully dimensional queer people with epic faults, uncanny similarities, and infuriating differences were being flaunted in plain sight. Even the severely problematic American Queer As Folk and Will and Grace, with their flaming stereotypes and frustrating pop culture naivety, at least gave us some fascinating characters. I hated the fact that Middle America probably thought all gay men were like Jack, but I really couldn’t wait to hear what outrageous zinger would come flying out of his mouth next.

There isn’t much of that so far on Looking, although it’s still holding my curiosity. (An after-screening Q&A with writer Michael Lannan indicated that there would be lesbian and trans characters as the series progressed, as well as some actual male nudity finally — come on, HBO). I realize that the show owes as much verisimilitude to the actual San Francisco gay scene as Queer as Folk USA owed to Pittsburgh. But for goddess’s sake, someone protest a condo eviction, somebody get blocked on Grindr for being too fem, someone eat a whole burrito drunk on a unicycle, somebody be nude or pagan or Asian, hopefully all three!

Again, this is just the start of a show whose initial demographic may quite possibly be a swath of gay men hoping for nothing more than to look hip and fit in. But if fitting in means blanding out, we might want to start Looking for something different.