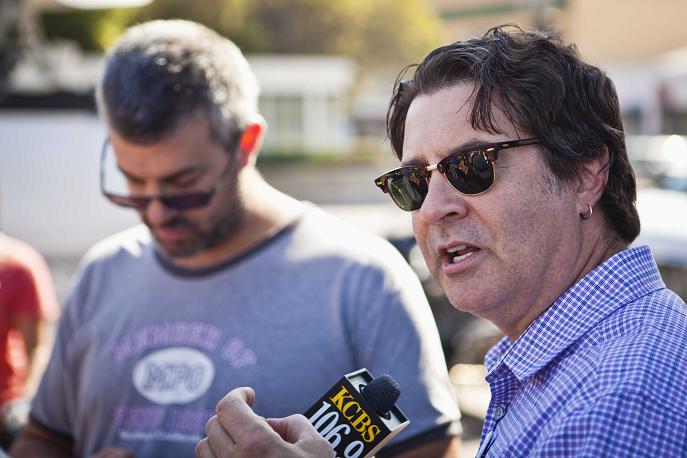 The BART Board of Directors today approved a modified contract with its two biggest labor unions, an action that received faint praise and was followed up with implied threats from both sides, continuing one of the ugliest and most impactful Bay Area labor disputes in recent memory.

The four-year contract approved today resolves a dispute over a paid family leave provision that BART officials say was mistakenly included in the contract that the unions negotiated and approved in November following two strikes and two workers being killed by a train that was being used to train possible replacement drivers on Oct. 19.

Recent negotiations yielded a contract with seven new provisions favorable to workers, including a $500 per employee bonus if ridership rises in the next six months and more pension and flex time options, in exchange for eliminating six weeks of paid leave for family emergencies.

The new contract was approved on a 8-1, with new Director Zakhary Mallett the lone dissenting vote, continuing his staunchly anti-union stance. Newly elected President Joel Keller was quoted in a district statement put out afterward pledging to change the “process” to prevent future strikes.

“The Bay Area has been put through far too much and we owe it to our riders and the public to make the needed reforms to our contract negotiations process so mistakes are avoided in the future. I will appoint a new Board committee to investigate the policies and practices of labor negotiations and will make recommendations to the Board and the General Manager on how we can improve the process,” Keller said.

But from labor’s perspective, the problem wasn’t the “process,” but the actions taken by the Board of Directors; General Manager Grace Crunican; and Thomas Hock, the union-busting labor negotiator they hired for $400,000 — and the decision by BART to practice bargaining table brinksmanship backed up by a fatally flawed proposal to run limited replacement service to try to break the second strike.

A statement by SEIU Local 1021 Executive Director Pete Castelli put out after the vote began, “Today’s Board vote incrementally restores the faith that the riders and workers have lost in the Board of Directors, but it’s not enough to fix the damage they’ve caused to our communities.”

It goes on the blame the district for the strikes and closes with a vague threat to target the four directors who are up for election this year: Keller, James Fang, Thomas Blalock, and Robert Raburn (whose reelection launch party last month was disrupted by union members).

“Today BART is less safe and less reliable because of the Directors’ reckless leadership,” Castelli said. “Something has to change in order for all of us to regain our confidence in BART, and it starts with having BART Directors who are committed to strengthening the transportation system we all rely on and who prioritize its workers’ and riders’ safety. We look forward to the opportunity to work with our communities and to elect Directors who are committed to improving service and safety to all who depend on BART.”

Asked whether the union was indeed threatening to get involved in those four elections this year, spokesperson Cecille Isidro told the Guardian, “You’re absolutely right, that’s exactly what we’re trying to project.”

Local 1021 Political Director Chris Daly took the threat a step further, singling out Mallett as by far the most caustic and anti-union director, saying the union is currently considering launching a recall campaign against Mallett, although that could be complicated by the fact that he represents pieces of three counties: San Francisco, Alameda, and Contra Costa.

“He is so out-of-touch with the region. When he was elected, people didn’t know what they were getting,” Daly said, noting that voters elected Mallett over longtime incumbent Lynette Sweet in 2012 mostly out of opposition to her and not support for him. The Bay Guardian and others who endorsed Mallett have been critical of Mallett’s erratic actions since then, which included trying to raise fares within San Francisco without required social equity studies before becoming the most dogmattic critic of BART’s employee unions.

Daly was also particularly critical of Keller, who he accused of using today’s vote “to roll out his reelection campaign” with an anti-worker tenor. Neither Keller nor Mallett immediately responded to Guardian requests for comment, but we’ll update this post if and when we hear from them [see UPDATE below].

Daly cited a litany of grievances that could be corrected by new blood on a board that has seen little changeover in the modern era, from hiring Crunican (who Daly called “a terrible hire”) and Hock to conflating the district’s capital and operating budgets during the current negotiations, trying to expand the system on the backs of workers using an aggressive media strategy.

“The experience of the last 8-10 months elevates the importance of these BART Board races,” Daly told us. “They spent about $1 million to basically malign their workers and improve their negotiating position on the contract.”

BART spokesperson Alicia Trost denied that the district has been hostile to it workers, telling the Guardian, “From the beginning, we negotiated in good faith and we always tried to strike a balance between investing in the employees and investing in the system.”

In addition to the unions targeting directors in this November’s election, the district is also awaiting a ruling from the National Transportation Safety Board on its responsibility for the Oct. 19 fatalities, as well as facing scrutiny from the California Legislature, particularly its Joint Legislative Audit Committee and the Assembly Committee on Labor and Employment, whose members criticized BART’s lax safety culture during a Nov. 7 hearing.

Assemblymember Phil Ting (D-SF) called that hearing and criticized BART officials there for failing to provide requested safety information, requiring them to submit that information in writing, which he says still wasn’t adequte. “It was very difficult to decipher,” Ting told the Guardian recently.

Once the Legislature comes back into session on Jan. 6, Ting said that, “We’ll have a clearer idea whether we need more hearings.”

Meanwhile, SEIU Local 1021 members are slated to vote on the latest BART contract on Jan. 13.

UPDATE 1/3: Keller got back to us and admitted that if the unions really target him for removal in a serious way, “they’ll probably be successful.” He was fatalistic about that possibility, repeatedly voicing acceptance of that prospect: “If I lose my seat over this, I lose my seat.”

And by “this,” Keller means the likelihood that he’ll push for prohibiting BART employees from going on strike, which he said is already the case with the country’s four largest systems — Boston, Chicago, New York City, and Washington DC — which have deemed transit an essential service.

“Large transit agencies do not allow their employees to strike,” Keller said, noting that the San Francisco City Charter also bans transit strikes, something he pointed out Daly didn’t alter during his tenure on the Board of Supervisors.

And Keller said he’s willing to risk his seat to make that change: “I feel my responsibility is to use my remaining time to break this dysfunction labor process.”

Keller also said that there were mistakes on both sides during BART’s labor impasse, including BART’s decision to train replacement drivers to offer service between Oakland and San Francisco during a strike. “Maybe the prospect of training replacement drivers was a mistake, and I’ll accept that responsibility,” Keller told us.

He explained the ill-fated decision by saying, “We were in a hardball environment,” which he said both sides contributed to.