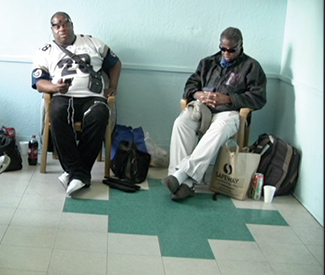 As temperatures dropped in recent weeks, those who care for San Francisco’s homeless snapped into action.

Shelters stopped requiring reservations, making any beds still open after 8pm available to anyone who needed them. General Hospital’s Emergency Room treated the annual uptick of hypothermia cases, working closely with the city’s Homeless Outreach Team. Seven people in the Bay Area died as a result of cold weather in the last month — mercifully, none in San Francisco.

“Just one homeless person passing from being cold is way too many,” Carol Domino, program director at Mother Brown’s Drop-In Center, told the Guardian.

When the cold hit, Mother Brown’s staff could be found scouting encampments near its location in Bayview. Besides a respite from the weather, it offers bathrooms, showers, access to case management services, and other resources, as well as two hot meals a day in its dining room. But there’s one thing it can’t offer: a warm bed.

But that may change. A proposal for a 100-bed homeless shelter next door to Mother Brown’s gained political footing this year, despite controversy and a divided neighborhood.

Behind the shelter effort is Gwendolyn Westbrook, director of the United Council of Human Services. Westbrook says the idea didn’t come from her, but from Barbara J. “Mother” Brown, the local legend who served hot meals out of the back of a Cadillac Seville before founding Bayview Hope Homeless Resource Center and Mother Brown’s Dining Room in 2001.

“People have come in here needing a place to sleep for as long as it’s been open,” Westbrook said. Brown’s solution was to set out folding chairs where people could sleep. Nowadays, 80 people rest in the chairs on a typical night.

Before Brown died in 2005, Westbrook remembers, she made it clear to her successor how much she wanted shelter beds where clients could lie down.

Of her clients, Westbrook says, “it’s a lot of people who are from this area, grew up in this area. Some people never leave this district. Their homes might have gone into foreclosure, or somebody died that set them back and triggered something mentally, and now they’re on the street. So this is a safe haven for them. This is a place where they can come and just relax.”

Even as the cost of living soars and the neighborhood changes, Westbrook says, her clients hold on.

“Most of our clients won’t leave the Bayview,” she said. “Some of them have told me, ‘well if I die, just cremate me and put my ashes up on Third Street. Spread them on Third Street.’ That’s how much they love this neighborhood.”

Human Services Agency (HSA) director Trent Rhorer witnessed the chair arrangement during an August 2011 visit to Mother Brown’s. He called the sight “simply not acceptable from a view of humanity.”

When Rhorer learned that a warehouse next door had recently been put up for rent, the shelter idea was born. The HSA applied for a forgivable loan from the state’s Emergency Housing and Assistance Program (EHAP). In January 2012, the project was approved for $978,000.

On Nov. 19, the Board of Supervisors voted to accept the grant, and on Dec. 10, it assigned the next two steps: city adoption of the lease for the property and creation of a special use district. The rezoning process could take six months to a year at the Planning Commission, and if the shelter ultimately goes through, construction is not likely to begin before 2015.

Until then, shelter options in Bayview-Hunters Point will stay slim. There is no single adult shelter with beds in the neighborhood. The closest thing is Providence Baptist Church at 1601 McKinnon. There, staff lay out mats on the gym floor each night.

“In Bayview-Hunters Point, that’s it. Providence is the shelter,” said Nick Kimura, shelter client advocate with the San Francisco Coalition on Homelessness.

In Mayor Ed Lee’s 2013 State of the City address, he said he was “proud to support” efforts to expand services for the homeless in Bayview—specifically “Sup. Cohen’s effort, aided by a federal grant — to build a new 100-bed shelter”

The only problem: that was the first Cohen said she had heard of it.

“My first concern was how the proposal came about,” Cohen told us. “I wasn’t made aware of it until it was announced.”

After Lee’s announcement, there were two community meetings, one in March at the police station and one in April at the YMCA. The idea gained support from the Southeast Community Facility Commission and the San Francisco branch of the NAACP.

A wave of opposition also grew, including the neighborhood organization Bayview Residents Improving Their Environment (BRITE), and a handful of businesses led by David Eisenberg, president of Micro-Tracers, a food testing company next door to Mother Brown’s.

On July 16, Cohen herself came out against the shelter. Cohen said her decision came after “meeting with residents about their concerns and fears.”

Neighborhood residents are a shifting demographic. The African American population has declined by 10 percent since Mother Brown’s was founded in 2001. The Asian population increased slightly in the same time period, and the white population has more than doubled.

Homelessness in the neighborhood has also increased. According to the city’s biannual homeless count, the number hovered around 400 until January 2011, when the number jumped to 1,151. It had 1,278 homeless people in 2013.

After Cohen declared her opposition, the meetings went back behind closed doors. In September, David Curto, director of contracts at the HSA, said that “[city homeless czar] Bevan Dufty and other folks in the Mayor’s Office are trying to revive it.” On Oct. 9, Lee met with a group of neighbors. And on Oct 30, the shelter proposal made its public reappearance.

Sups. John Avalos, Eric Mar, and Mark Farrell of the city’s Budget and Finance Committee heard the issue. They were tasked with voting on whether to accept the EHAP loan, a question that would be put to the Board of Supervisors if it passed.

Out in the gallery, the two sides sat divided down the aisle like squabbling families at a wedding. House left were the shelter’s supporters, a mix of residents and community leaders and staff of Mother Brown’s and their clients, some with their shoes pulled on only half way over feet swollen from sleeping in their chairs. On the right, BRITE members, an ad hoc group called Protect MLK Pool and Playground, Eisenberg, and other community members in opposition.

The shelter became a vehicle for a debate about larger changes in Bayview. BRITE member David Armagnac saw no need for shelter beds in the neighborhood that he has “seen transform and emerge into an ever-increasing vibrant area.” Bayview business owner Carla Eagleton wanted economic and quality of life impact reports on the proposed shelters “as it relates to the city’s only remaining blue collar industrial area, MLK Park, surrounding neighborhoods and the Third Street corridor, which the city of San Francisco has spent billions of dollars to revitalize.”

A client of Mother Brown’s talked about being homeless in the neighborhood her family had been in for generations. “My grandparents are the ones that migrated from the south, that came up here to work on those shipyards,” she said. “Think about that parent who is working at McDonalds, or working a low, minimum-wage job. They can’t afford the new housing that’s coming in, that’s being developed. Yes, we love it. We love to look at the property that we cannot live in.”

Both sides made passionate pleas, but shelter supporters won over the Budget and Finance Committee.

“It’s very rare that I get moved from hearing public comment. I hear a lot of public comment, and sometimes I feel like my heart is hardened to everything. But not today,” Avalos said.

Farrell agreed: “It’s rare that you get touched here, because we do hear so much public comment all the time. And the personal stories are pretty incredible.”

Inside Mother Brown’s cool blue walls, there’s no shortage of incredible personal stories. Lonnel McCall took a break from helping to cook dinner at Mother Brown’s kitchen to describe what the place has meant for him.

“I didn’t have nothing, not even ambitions. I felt I was a loser. I had no self-esteem,” he remembers. “I was smoking crack under the bridge and all that stuff.”

He now has a job as a hotel chef and lives in a HOPE House home. He rolled up his sleeves to reveal cuts and burns, the battle scars of a chef.

“These are my cook wounds,” he said, “instead of dope wounds.”

But for a period, McCall slept in the chairs. “It’s hard. Your ankles swell up,” he said.

Wade Verdun also slept in the chairs and went through HOPE House.

“I’ve got my own place now, got my own car. I’m no longer on drugs. And I’ve got a two-year-old son,” Verdun said. “This place saved my life, to tell you the truth.” Smiling, he patted his belly. “I’ve never been this fat. Trust me.”

If the shelter does get built, Westbrook hopes, it can lead to more happy endings like McCall’s and Verdun’s.There are already too many sad stories.

On Dec. 19, candles lit the dusk on the steps of City Hall in a vigil for the homeless people who have died in San Francisco. The vigil was organized by Night Ministry, a crisis intervention and counseling service that operates in the Tenderloin from 10pm to 4am. Reverend Lyle Beckman, director of Night Ministry, said that he got the names of 22 deceased homeless people from the Department of Public Health, but knew it was low. During the vigil, attendants came forward with the names of more dead, until the number reached 100.

Beckman said the crisis line gets busy this time of year. “We always see more conversations around holiday time,” he said. “When people have memories of it being a family time and then they’re not connected with their family in some way, it can bring isolation and loneliness.”

In a city of chosen families, Mother Brown’s “children” have found a way to heal that kind of loneliness. Perhaps McCall put it best when he described the first time he came back to his native Bayview and found Mother Brown’s after decades of isolation.

“When I came in through the door — this is God’s truth — I felt like I was at home,” he said. Soon, people like McCall may find a bed, too, when they walk through that door. Maybe for Christmas 2015.