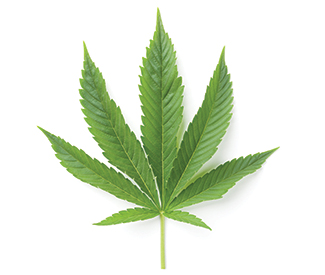 The latest attempt to legalize marijuana in California took one step forward last week when a group of advocates filed a ballot initiative with the office of the Secretary of State.

Titled California’s Marijuana Control, Legalization and Revenue Act of 2014 (MCLR), the new marijuana legalization proposal is being floated by Americans for Policy Reform (AFPR). For the past year, the organization has made the draft initiative open to the public as an editable Google Doc for anyone to read, comment on, and even modify.

The next step is for the Secretary of State to evaluate the initiative and compose a title and summary. Only after that process, which could take up to two months, will the AFPR be free to begin collecting the 500,000 signatures it must amass in order to get the marijuana legalization act on the 2014 ballot.

Such a task may sound daunting, but AFPR members have already done some of the heavy lifting, having spent the past year soliciting thousands of individual Californians’ input and support. The policy reform group even postponed an earlier submission target date to allow time for a statewide tour to gauge public opinion one last time before formally filing the proposed legislation. The initiative began as a grassroots, “open source” document to legalize cannabis for medical, industrial and adult social use.

“About a year ago, we held a cannabis conference in San Jose where we presented a document that was two paragraphs long and basically said, ‘Marijuana should be legal and nobody should be sent to jail,'” recounts AFPR member Dave Hodges. “Then we put that document into a Google Doc and just started promoting it, telling everybody, ‘If there’s anything in it that you don’t like, get in there — and change it yourself.'”

Hodges opened San Jose’s first medical cannabis club in 2009, but wasn’t drawn to the forefront in the fight for legalization until the death of a good friend a year and a half ago. His friend suffered from a condition caused by daily consumption of alcohol.

“About two weeks before he passed away, we were smoking a joint and the fucker had the balls to tell me: ‘If this shit were legal, I would have never drank alcohol.’ This is something I’ve believed in a lot, in general — but that was probably the thing that made me really get into it and not let go.”

The AFPR has gone to great lengths to garner broad support and lay the groundwork for a strong coalition once the signature gathering process begins. In the past year, the policy reform group has reached out to attorneys, activists, and other members of the community, trying to include as many Californians as possible in shaping the MCLR initiative. They’ve also issued press releases and blasted the word out on social media.

The editable Google Doc upon which the proposal is based has been circulated to thousands of people, via e-mail lists. When someone posted a link to the document on the popular website Boing Boing, more than 1,000 people logged into it within 48 hours.

Hodges has personally sat down to meet face-to-face with more than 100 different people. Over time, the two-paragraph long Google Doc grew to a length of 24 pages.

“The process of creating it was a little bit of a nightmare,” Hodges chuckles. “I’ve probably read that 24 pages a thousand times,” a feat he admits could not have been accomplished without copious amounts of marijuana.

Nonetheless, he agrees with fellow proponent Bob Bowerman, who said, “This is the best cannabis initiative ever put together for California. It follows federal guidelines and regulates cannabis in a way that makes sense.” Bowerman added, “It corrects the other legal mistakes.”

The open-source style in which MCLR was created might have been headache inducing, but its proponents believe it will prove to be the key to the initiative’s success on the 2014 ballot — in contrast with previous failed efforts at legalization.

As Hodges states, “In the case of Prop 19 in 2010, the message that was circulating — and the reason that it failed — was that everybody was saying, ‘It’s a bad law, but vote for it anyways,’ because everybody just wanted to see legalization happen. In 2012, we had nine different initiatives all competing to be on the ballot, because everybody had their own view of how this had to happen and nobody was really trying to get everybody to work together. And then none of them ended up on the ballot.”

These defeats in 2010 and 2012 led Hodges and his associates to the conclusion that the essential problem with legalization efforts was internal division across the movement, caused by respective groups disagreeing on language and prioritizing different aspects of the issue.

“When you do this process and combine so many perspectives, you see a lot of things that you wouldn’t otherwise,” Hodges explains. “And if there are any critics who come out and say this is a bad law, well, we’ve taken over a year to reach out to everybody. Anybody who hasn’t responded doesn’t really have an excuse at this point.”

While the original document put forth by the AFPR a year ago stated simply that Californians should be free to smoke marijuana, its final form is a detailed set of regulations on how the drug ought to be sold, provided, and regulated. It also outlines new protections against issues, such as federal regulation, still complicating the movement toward legalization. The need for such a precise, comprehensive initiative was underscored by a recent California Supreme Court ruling, determining that individual cities are allowed to ban medical marijuana dispensaries, despite provisions established by Prop 215 in 1996 and reinforced by SB-420 in 2003 clearing the way for their operation.

“There were a lot of lessons to be learned from that Supreme Court ruling,” Hodges says. “We learned that if we want this structured properly, we need to spell it out in very fine detail, to make sure that legally the courts can’t come back and do something like this again.”

He went on to explain the essence of the MCLR initiative. “The core of what we’ve done is create a bipartisan, independent cannabis commission that’s going to regulate this, set up further detailed regulations, and adjust for anything in the future,” he said. “Everything else is more basic structures around protections and limitations for businesses that could exist, and protections for the people who are currently using it.”

Some of those “basic structures” proved especially important to the co-collaborators. They include enforcing laws against driving under the influence by testing a driver’s impairment rather than testing the amount of THC in their bloodstream; prohibiting employers from firing employees simply for testing positive for marijuana; disregarding, in custody battles, whether one of the parents smokes; and establishing independent financial and insurance cooperatives for the cannabis and hemp industries, so that banking and insurance transactions may be done apart from the federal framework.

“Those are the little things that we would not have thought of, unless we’d been reaching out to individuals,” Hodges states. “So it really is a much stronger document because we’ve been so open about it.”

Once the document had been collaboratively shaped and vetted, AFPR took it to an attorney, who drafted it as legislation in preparation for submission to the Secretary of State.

As the final, amended version of the MCLR initiative undergoes evaluation by the office of the Secretary of State, the greatest obstacle now facing AFPR is the task of raising the $2 million needed to gather signatures for the petition. Without that funding, the measure won’t appear on the 2014 ballot, regardless of all the effort and collaboration already invested. The organization has been cultivating relationships with prospective sponsors, but collecting that large of a sum will not be easy.

Still, the initiative’s proponents remain confident. According to the most recent survey data released by AFPR, 64 percent of California voters want to legalize marijuana in 2014. This support follows a broader trend: Results of a recent Gallup poll show that for the first time since Americans were first polled on their attitudes toward marijuana in 1969, a clear majority of Americans — 58 percent — say it should be legalized.

“The time is now,” declared John Lee, another proponent. “The voters are ready, and we can get it done.”

What getting it done will ultimately mean, in practice, is anyone’s guess.

“We’re talking about a lot of saved money as far as people going to jail, better use of resources, and a new stream of revenue for the state,” Hodges predicts. “There’s obviously gonna be some sort of liquor-store type models. But I’ve heard of everything from marijuana-friendly bed and breakfasts, to high-end bars that will have girls going around like cigarette girls used to, but with different types of pre-rolled joints.”

Taking it all in, he concluded, “The possibilities are pretty endless. But if this initiative passes, we will set a standard for the rest of the country.”