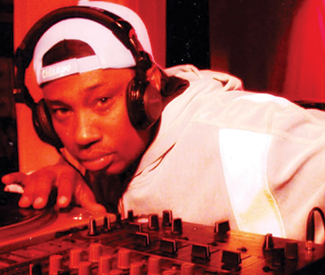 SUPER EGO Besos from NYC, where it is 37 thousand degrees below zero, and I’m warming my hands on super-cute queer Brooklyn underground dance parties and giant 1990s big-room revival spaces with insane sound systems and too many gorgeous women to count. But if I was back in SF, I’d totally post-twerk with you at these fun parties.

The deep and sassy Canadian acid house revival quartet is calling it quits after this tour — here’s your last chance to hear hits “Reckless (For Your Love),” “Manic,” and “Hungry for the Power” in full live, sing-along glory. At Lights Down Low.

My favorite theatrical drag drama queen — aka “the Failed Actress” — has starred in a lot of turkeys. Work off some of yours at this birthday tribute extravaganza (20 drag queens and DJ Bus Station John) at the Some Thing party.

Producer George Evelyn’s long career under the Nightmares on Wax moniker includes some of the earliest European techno, moody forays into hip-hop, and seminal slices of atmospheric groove. I’ll always love him for his bleep tracks.

Still fresh-faced, the young sensation aces it on the house turntables and as head of the Hessle Audio label. At the Icee Hot party, with Avalon Emerson and Austin Cesear.