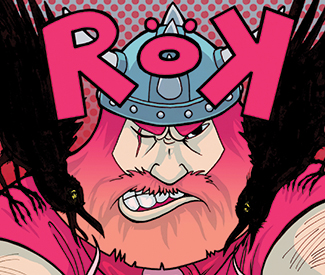 THE HOUSE THAT DRIPPED GORE

You may not recognize his name, but one particular title on San Francisco filmmaker-turned-author Dan West’s résumé may ring a bell: Monsturd, 2003’s unforgettably gross, ultra-low-budget horror epic about a sewer-dwelling killer made of poop. A decade later, West has written two books that also dwell at the intersection of horror, comedy, and gleeful bad taste. The first, 2011’s Homemade Embalming Fluid, contains short stories, fake diary entries, and an array of bizarre lists, including one that imparts phony fun facts (did you know J.D. Salinger played a Storm Trooper in 1977’s Star Wars?) His latest, The House That Dripped Gore, spoofs The Haunting of Hill House and H.P. Lovecraft with a mix of reverence and full-steam-ahead insanity, aided by a hefty sprinkling of surreal tangents, dirty jokes, and obscure pop-culture references. You’ll laugh! You’ll cringe! You’ll wonder exactly what a “farting Ouija board” might sound like! (Cheryl Eddy)

The Gramercy Tavern Cookbook takes you on a restaurant tour, beginning with Danny Meyer’s initial conception of opening this New York establishment, continuing past the chief steward and his wheelbarrow of fresh spring produce from the Greenmarket, around the harvest table where the floral designer pairs yellowsprays of sunflowers with splayed summer squash, into the kitchen during the staff’s family meal, past the pastry station where Nancy Olson creates her autumn peanut butter semifreddo, and ending at the dining table with a winter dish of guinea hen prepared by James Beard Award-winning chef Michael Anthony. “Cooking shouldn’t be a spectator sport,” according to Anthony. “If you visit Gramercy Tavern and you like the dishes that we’re cooking, you can certainly easily find those ingredients at home” (for a full interview with the chef, visit sfbg.com/pixel_vision). By the time you’ve read through this serious and seriously exquisite cookbook, you’ve spent a whole year eating inside the Tavern. Get a signed copy from Anthony when he visits the Bay Area Sat/1-Sun/2; visit gramercytavern.com/news for details. (Kaylen Baker)

Any trekkie (or trekker) knows that Shakespeare was actually a Klingon, but did you know that Santa Claus is actually Santa Qlas? You’ll have your nerdy loved one singing yuletide warrior battle cries with this holiday tale, which puts a Star Trek spin on Khristmas via the show’s beloved fictional warrior aliens. The Norman Rockwell-inspired art style makes scenes like Santa Qlas (who resembles a 1980s hair-band refugee) biting the head off a lizard that much more strange … er, jolly. At least, according to the book’s rhymes, Klingon Santa is still generous: “There’s dollies and yo-yos, toy trains with conductors, and maybe a mek’leth or pair of disruptors.” And instead of a celebration of that Jesus guy, the Klingons are celebrating the birth of their warrior-king, Kahless (because what’s cuter than a baby with huge head ridges and a small sword in hand?) Need a holiday gift for the nerd in your family? Don’t walk, run — and slaughter your most feared foes (sending their souls to Gre’thor) on the way — and pick up this book. Q’Plah! (Joe Fitzgerald Rodriguez)

SCATTER, ADAPT, AND REMEMBER: HOW HUMANS WILL SURVIVE A MASS EXTINCTION

Annalee Newitz’s Scatter, Adapt, and Remember is passionate geekery at its finest, and possibly its most practical. Mass extinctions are a fact of our planet, but the end of the world does not necessarily mean the end of humans. In this enthusiastically researched book, Newitz (editor of science and culture site io9.com, and a former Guardian contributor) divulges the history of the world’s disasters, and how it’s really the long-term aftermath of a meteor or mega volcano that would (and has) caused the dying-out of Earth’s inhabitants. The good news: Narratives of hope aren’t just for fictional superhero films, and the human capacity for survival is tremendous. Scatter will rekindle that general interest you had in Earth science during your school years — and perhaps inspire the minds that will save us from the next planetary disaster. (Kirstie Haruta)

If Sue Conley and Peggy Smith lived in India where cows are godly, their cheese would be holy. Luckily for us, Cowgirl Creamery is in Point Reyes, but that shouldn’t stop people from placing their wax-wrapped triple-crème Mt. Tam on a pedestal. Cowgirl Creamery Cooks recounts the former college roommates’ journey through cheese, from moving to the Bay Area during the Alice Waters revolution to working alongside some of the world’s top cheese mongers, who taught them techniques in culturing, curdling, and aging their own cheese. Divided into chapters based on age and texture, the book provides invaluable instructions on how to choose, pair, taste, make, cook, and store cheese. It’s written in a frolicking, winsome style that endears you to the cowgirls. More importantly, it’s written from their Northern California perspective; cheese, as they mention, gets classified differently depending on the region, so they’ve made interpreting cheese particularly accessible to cooks in the Bay Area. The cowgirls’ passion for cheese is contagious, and their cookbook will inspire you to cook endives in blue cream sauce, and pair cheeses for your next party. (Baker)

Even the most vocal activist and the most well-read scholar stand to learn or unlearn a thing or two from Julia Serano’s new book. From her perspective as a bisexual femme-tomboy transsexual woman with the biting wit of a spoken-word artist, the passion and awareness of an activist, and the knowledge of a biologist, Serano exposes the ways in which different forms of sexism are so deeply ingrained in society, even queer communities leave some of their own out in the cold. Excluded is packed with debunked myths — such as the nature vs. nurture debacle and the stigma of identifying as bisexual — but remains an accessible text for a wide audience. Through personal narrative and clear breakdowns of complex concepts of gender, sex, and sexuality, Serano writes to challenge our preconceived notions and transform the way we support and fight for one another as queer and feminist activists. (For an interview with Serano, visit sfbg.com/pixel_vision). (Haruta)

IN THE CHARCUTERIE: THE FATTED CALF’S GUIDE TO MAKING SAUSAGE, SALUMI, PÂTÉS, ROASTS, CONFITS, AND OTHER MEATY GOODS

Owners Taylor Boetticher and Toponia Miller of the Fatted Calf Charcuterie (with locations in Hayes Valley and Napa, and a weekly presence at the Ferry Plaza Farmers’ Market) just published their first cookbook, which reads like a whole world of meat. It delves into the origins of herding animals and where to find good local meat, and into making your own sausages, pâtés, smoked ham, bacon, and meatloaf, as well as complements like leaf-lard biscuits and dried fruit in brandy. “We wrote this book for anyone who’s a little curious about making the most out of the meat they buy and cook, from enthusiastic novices to seasoned professionals,” Boetticher told the Guardian (read the full interview at sfbg.com/pixel_vision). Charcuterie may require patience and finesse, but the salty results are unrivaled. (Kaylen Baker)

Multinational World Corp. is led by the Beatles of science, four famous and wealthy researchers who want to use their mountains of capital and brilliance for the common good. Unfortunately for humanity, they’re awful at it — but fortunately for us, watching these scientists go Dr. Frankenstein and create a range of mutants with imaginative powers makes for a great read. Though Nowhere Men — published by Berkeley’s Image Comics and written by one of their execs, Eric Stephenson — treads over the familiar ground of laboratory experiments gone wrong, watching the scientists’ morals degrade and waiting for their comeuppance is oh-so-satisfying. Sure, their test subjects sprout lasers from their necks, but the real entertainment comes from the crumbling relationships between the science rock stars themselves. It’s like catching a glimpse into the thoughts that may haunt Bill Gates: When you have the money and intelligence to shape the world, how will you do it … and what gives you the right? www.imagecomics.com (Joe Fitzgerald Rodriguez)

The funny and twisted Doctor Lollipop — by San Franciscan Kelly Martin — was picked up by the creators of Adventure Time just a few months ago for a series of animated web shorts. So there’s no better time to grab the print version of the imaginative, surgical fairy tale. Yep, you read that right. Lollipop is a unicorn with a stethoscope, and Fancy Forest is facing imminent peril: a case of THE GRUMPIES! The doctor warns those infected not to worry because “like prostate cancer, the key to curing the grumpies lies in early detection.” It’s like a comic version of ER, only instead of anesthetic the orderlies show patients pictures of kittens, stat! As per the good doctor’s orders, this comic is probably best read with the aid of herbal medication. Facebook: Dr. Lollipop; drlollipop.cartoonhangover.com (Fitzgerald Rodriguez)

Loki has stolen the powers and magical weapons of the Norse gods. Shamed and weak, they roam the land of mortals who have no idea who the hell they are. So what’s a disposed god to do? They rock. Hard. Thor, Freya, Freyer, and Odin form (of course) a metal band called RÖK, touring to regain worshippers and strength. While playing a show in San Francisco, Odin’s soul becomes trapped in a hurdy gurdy; fortunately, fellow rocker Elaine is able to channel him, and joins the musical battle to save MidGard (aka Earth). The first four issues of RÖK have Vikings, cross-dressers, and lots of shredding. Give the first four issues to you favorite lovable thrasher and crank up some Amon Amarth to set the mood. www.klongua.blogspot.com (Fitzgerald Rodriguez) *