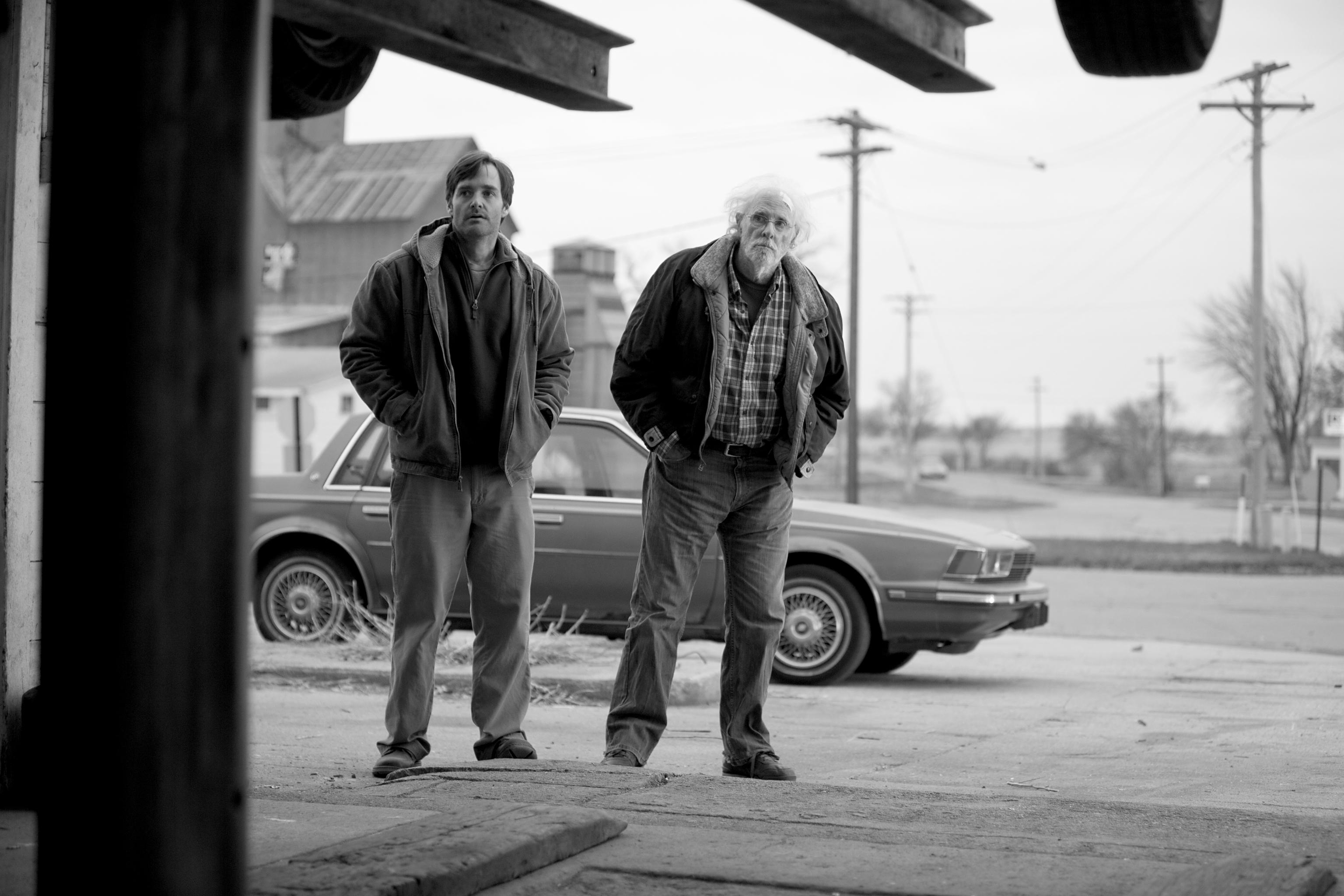 This week, The Hunger Games: Catching Fire stands poised to crush all who dare step to it, but there are some alternatives out there. There’s the San Francsico Film Society’s weekend-long Cinema By the Bay festival (my overview here), as well as the latest from acclaimed director Alexander Payne, the small-scale but still very moving Nebraska (Dennis Harvey’s review here.)

Plus: a festival favorite from Belgium, and Vince Vaughn’s sperm-bank comedy. Reviews for both (plus guaranteed big kahuna Catching Fire) below.

Broken Circle Breakdown This Belgian movie by director Felix Van Groeningen arrives bearing major awards (from the Berlin and Tribeca festivals) and promising to nab plenty more of them. Why, you ask? I haven’t the faintest idea. Didier (Johan Heldenbergh) is leader of a bluegrass group; Elise (Veerle Baetens) is a tattoo artist until she meets him, they get together, and it’s discovered that when she opens her mouth Alison Krauss falls out. They have a child, Maybelle (Nell Cattrysse), who develops cancer at age six or so, and whose prospects are grim. So far, so ordinary — Once (2007) meets Lorenzo’s Oil (1992), a tearjerker in which people sing high lonesome American roots music (in English, too) well enough, but not so well that you ever stop wondering “Why are these Belgians doing this?” The expected tragedy hits halfway through, and that’s when the movie really gets into trouble. Its protagonists fall apart, understandably, but in irksome ways — mostly picking on each other — with particularly annoying sequences occurring in both past and present tense. It’s hard to tell which one is worse, the arch flashback wedding scene, her deciding to rename herself “Alabama,” his endless onstage outburst about Yahweh, the climactic psychedelic flashback crisis montage, or the wholly gratuitous final … well, never mind. This was originally a stage play, and in the usual way that seeing musicians act and actors play instruments live is exciting, it probably worked well in that medium. But on film it seems like a contrived pileup of ill-matched ideas and plot devices. Don’t take my word for it, though: From Seattle to Osaka, apparently there’s been nary a dry eye in the house. So knock yerself out. (1:50) (Dennis Harvey)

Delivery Man Twenty years ago David Wozniak (Vince Vaughn) “put love in a cup” 600-plus times to finance a family trip to Italy. His mother was sick, his father couldn’t afford it, and with time running out, David embarked on a harebrained scheme to make (a lot of) “it” happen. The sperm bank that paid him $23K for his “seed” overused it, and 18 years later he has 533 kids, 143 of which are on a hunt to find their biological father, “Starbuck.” (This also the name of the 2011 Canadian comedy on which Delivery Man is based.) With a premise this quirky you’ll have a hard time finding something to hate, even if this is technically a film about runaway jizz. This heartwarming Thanksgiving release isn’t really appropriate for youngsters (unless you’re been trying to find a entrée to explain sperm banks) but the way Delivery Man deals with the seemingly limitless generosity contained in each of us is both touching and inspiring. Maybe David’s contribution to “Starbuck’s Kids” doesn’t obligate him to reveal his identity, but he’s desperately attached, and goes embarrassingly far outside his comfort zone to interact. The kids’ emotional stake in this is murky, but the way their search for identity finds a voice in tune with the current tech-confident yet socially-confused younger generation could make Delivery Man relevant to more generations than X or Y. (1:45) (Sara Maria Vizcarrondo)

The Hunger Games: Catching Fire Before succumbing to the hot and heavy action inside the arena (intensely directed by Francis Lawrence), The Hunger Games: Catching Fire force-feeds you a world of heinous concept fashions that’d make Lady Gaga laugh. But that’s ok, because the second film about one girl’s epic struggle to change the world of Panem may be even more exciting than the first. Suzanne Collins’ YA novel The Hunger Games was an over-literal metaphor for junior high social survival and the glory of Catching Fire is that it depicts what comes after you reach the cool kids’ table. Katniss (Jennifer Lawrence) inspired so much hope among the 12 districts she now faces pressures from President Snow (a portentous Donald Sutherland) and the fanatical press of Capital City (Stanley Tucci with big teeth and Toby Jones with big hair). After she’s forced to fake a romance with Peeta (Josh Hutcherson), the two watch with horror as they’re faced with a new Hunger Game: for returning victors, many of whom are too old to run. Amanda Plummer and Jeffrey Wright are fun as brainy wackjobs and Jena Malone is hilariously Amazonian as a serial axe grinder still screaming like an eighth grader. Inside the arena, alliances and rivalries shift but the winner’s circle could survive to see another revolution; to save this city, they may have to burn it down. (2:26) (Sara Maria Vizcarrondo)