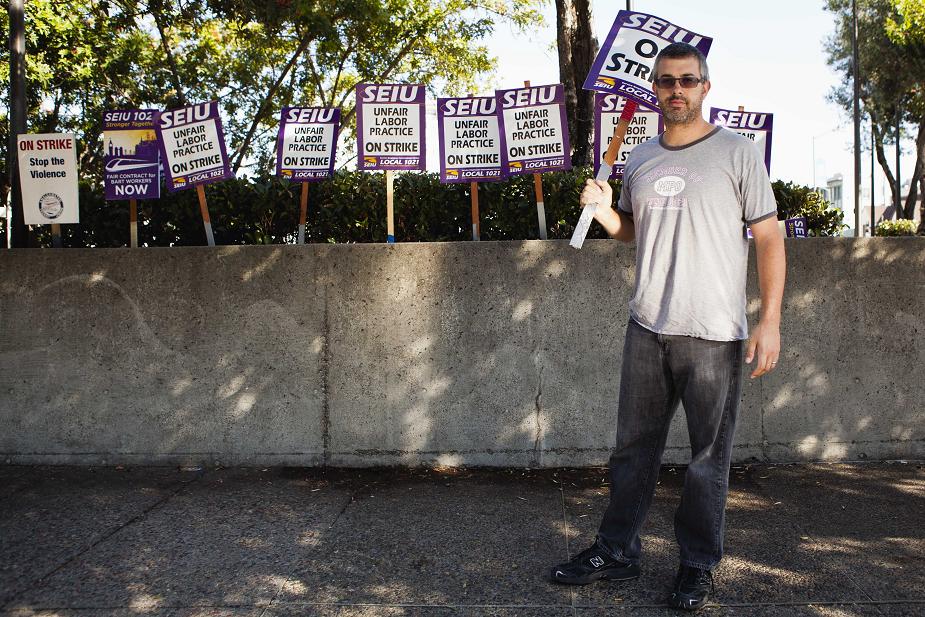 Just when it appeared the ugly contract impasse between BART management and workers was over — a divisive struggle that resulted in two debilitating four-day strikes and the Oct. 19 death of two workers struck by a train being used to train possible replacement drivers — BART management is threatening to scuttle the deal over a provision it says was mistakenly added to the contract.

At issue is a contract provision where BART workers from SEIU Local 1021 and ATU Local 1555 who go on leave under the federal Family and Medical Leave Act will be paid for six of the 12 weeks the law allows them to take unpaid, BART spokesperson Luna Salaver told the Guardian.

While BART management and its negotiators — including Assistant General Manager of Operations Paul Oversier and Thomas Hock, a contractor who the district paid $400,000 to lead its negotiations — signed off on the provision back in July and again when the final deal was reached last month, Salaver said BART didn’t mean to include it.

“It was a mistake that a provision rejected twice by BART management ended up in the stack of approved documents,” Salaver said, noting that it was caught this week as the district prepared to give the contract final approval on Nov. 21. It has already been approved by the two unions.

“We were never confused as to the status of the Family and Medical Leave Act agreement,” Local 1021 Political Director Chris Daly told the Guardian, calling the provision a reasonable benefit similar to one that he sponsored for city employees when he was on the San Francisco Board of Supervisors.

But Salaver said it could add tens of millions of dollars in costs (the district still isn’t sure how much) to a contact that will already cost the district an additional $67 million, so management is convening a special session of BART’s Board of Directors this afternoon (Fri/15) to discuss the issue, saying that management isn’t yet recommending the contract be rejected, as some had reported. [UPDATE: The BART board told administrators to re-open negotiations with the unions, but the unions are resisting a return to the bargaining table and urge the board to approve the contract on Thursday].

“There is an erroneous report that BART management is going to tell the BART board to reject the contract,” Salaver told us, inside calling the closed-session discussion a “fact-finding session.”

But Daly said BART management had told the unions that it would recommend rejection of the contract, and that it is now backpedaling because some directors are unhappy with the snafu. It also has a serious public relations problem on its hands, finding itself in a position to reignite the battle with workers while also contending with angry state legislators and an ongoing NTSB investigation into its culpability in the worker deaths.

“BART Management has been in contact regarding the tentative agreement they reached with SEIU 1021 and ATU 1555 on October 21st and which our members unanimously ratified. We’ve been informed that they’ve scheduled a special meeting with the BART Board of Directors to discuss the terms of the contract and to clarify details regarding certain provisions for tomorrowafternoon.

“It’s disappointing to hear BART Management would recommend that the BART Board reject this agreement—a contract they negotiated with their workers for more than five months, signed, and praised in the public as a fair compromise.

“We expect the BART Board of Directors to vote on and approve this fair and reasonable contract.”