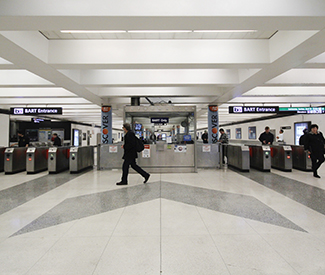 BART continues to stonewall important questions about whether it was training scab drivers to break the recent strike by its unions when its trainee-driven train killed two workers on Oct. 19 — a stance made possible by the failure of the mainstream media to connect the dots or correct the anti-union bias that characterized its coverage of this long labor impasse.

Local journalists have failed to highlight the connection between that tragedy and the subsequent decision by the district to suddenly soften its stance and sweeten its offer, within hours of the National Transportation Safety Board revealing that a trainee was driving and that BART’s “maintenance run” story was a deception.

Local media outlets did dutifully report that a trainee was driving, but they failed to point out to readers and viewers the significance of that disclosure or ask the district whether the training was intended to break the strike and whether that plan fed the district’s hardline bargaining stance.

We have asked those questions of the district, and when we got misleading obfuscations, we asked again and again, and our questions are still being largely ignored. And here’s why they matter: Because if the district was planning to run trains during the strike, it reinforces the unions’ contention that the district forced a strike that it was preparing to break, a plan that became untenable when two people died, just as the unions warned might happen if the district ran trains without experienced drivers.

BART spokesperson Alicia Trost did finally confirm to us that, “BART has been training some non-union employees to operate limited passenger train service in the event of an extended strike if so authorized by the Board of Directors,” but she and BART Board President Tom Radulovich have each ignored our follow-up questions and requests to discuss this is greater detail.

This should be a huge scandal, the kind of thing that might force General Manager Grace Crunican to resign and BART directors to lose their seats — except for the fact that the media are ignoring this simple, obvious narrative and failing to do their job.

The East Bay Express, a rare exception on the local media landscape, published an excellent article on Oct. 30 about how the San Francisco Chronicle and Bay Area News Group (which includes the Oakland Tribune, Contra Costa Times, and San Jose Mercury News) misled the public about the BART standoff.

Not only have these daily newspapers written some truly atrociously anti-worker editorials, but even the supposedly objective news stories have been clearly biased in their emphasis and omissions, including the current failure to demand accountability.

But this could backfire considering the truth will probably come out eventually, even if it’s long after the media spotlight has moved on. NTSB investigations can take up to a year, but they are remarkably thorough and it will probably eventually discuss why these drivers were being trained.

The Assembly Committee on Labor and Employment announced on Oct. 29 that it will also hold a hearing to “get to the bottom” of the tragedy, and one can only hope that someone on that committee will grill the district about its intentions in running that ill-fated train and conducting new driver training just one day into the latest strike.