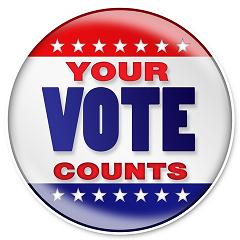 It’s been quiet at the polls for today’s election with just a few more hours until they close. Although the Department of Elections predicted a 35 percent turnout, it’s possible that San Francisco could vie for the historic low turnout of just under 23 percent.

If you’re still heading to the polls and don’t know how to vote, read our endorsements, and then check back here later tonight to see what happened. The only real drama tonight is surrounding Props. B&C, which would authorize the 8 Washington waterfront luxury condo project.

I’ll be reporting from the No on B&C campaign party being held at 443 Broadway (formerly Club 443), Rebecca Bowe will covering the Yes on B&C party at Coqueta on Pier 5, and our resident tech geek Joe Fitzgerald Rodriguez will be at Guardian HQ compiling our tweets (@sfbg) and others here on the Guardian Politics blog and making it look all pretty for y’all.

The pickings are a little slim for our usual list of election night parties, but the others that we know about are Treasurer Jose Cisneros, who will be at Beaux (2344 Market) from 6-9pm, and the Yes on D party at the 03 Bistro & Lounge, which will supposedly be packed with politicos supporting cheaper drugs. Yay cheap drugs!