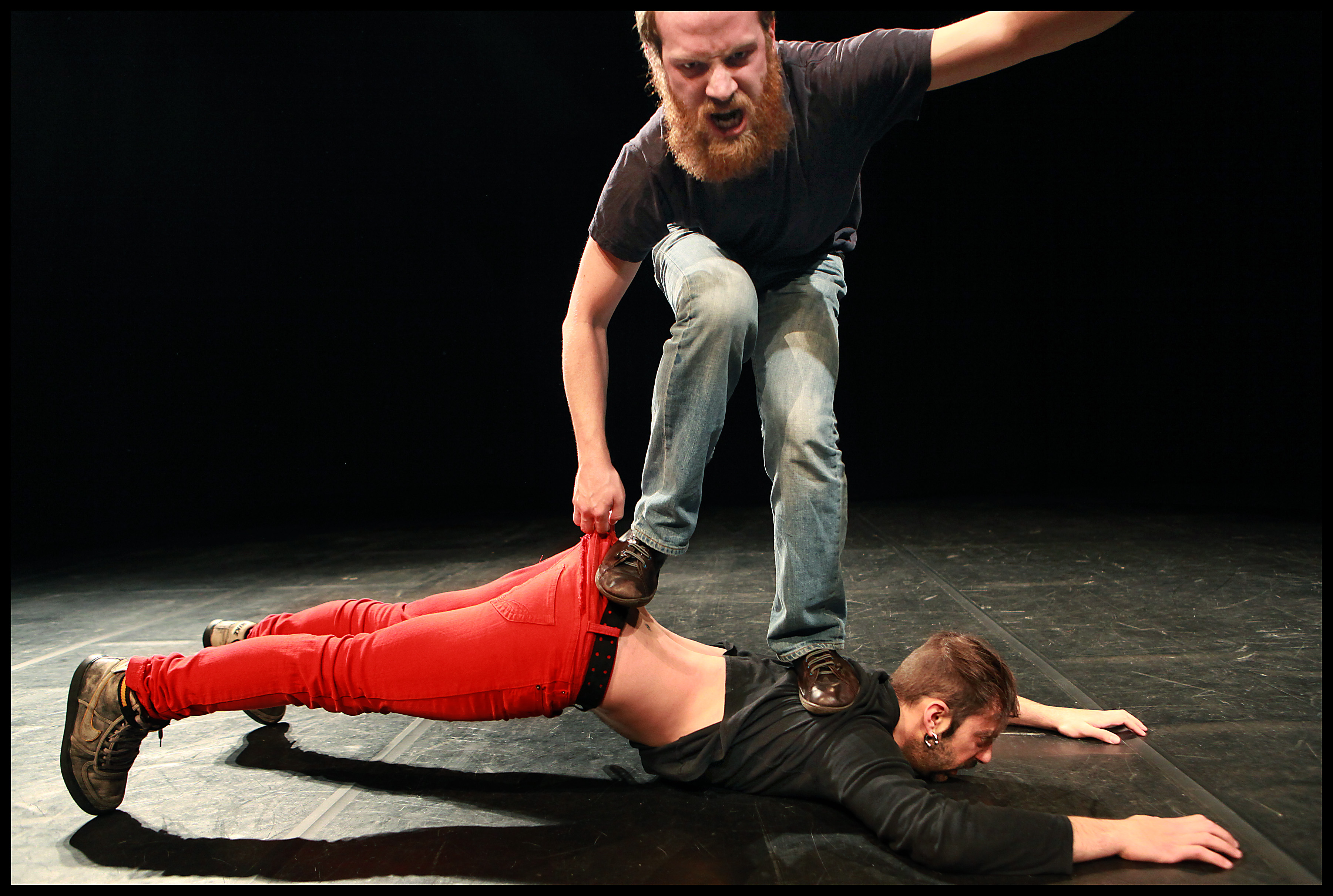 Now in its 11th year, Portland, Ore.’s Time-Based Art Festival is fall’s major performance festival to the north (almost simultaneous with REDCAT’s Radar LA, the major festival to the south). Mounted annually by the Portland Institute for Contemporary Art (PICA), TBA has become something of a pilgrimage site for Bay Area artists and audiences, judging by the number of familiar faces onstage and off both this year and last.

PICA’s artistic director, Angela Mattox, has something to do with this. As the former performing arts programmer at Yerba Buena Center for the Arts, Mattox (now in her second year at PICA) retains strong ties to Bay Area artists. Other likely factors include the relative proximity and general cultural appeal of Portland (an increasing refuge to artists and others pushed out of San Francisco by gentrification), not to mention the scandalous lack of any Bay Area performance festival of comparable scope.

The first week’s worth of work sampled at TBA this year (the festival ran from September 12 to 22) included a wide-ranging and astute blend of local, national, and international work. Among the higher-profile events was an evening of haute-cabaret, featuring Meow Meow and Thomas M. Lauderdale (the latter of Portland’s Pink Martini) backed by the Oregon Symphony. Set in the rococo Arlene Schnitzer Concert Hall, it offered a crowd-pleasing balance of the high-class and ribald, a tightrope walk that Meow Meow (stage name of celebrated Australian actress and cabaret star Melissa Madden Gray) pulled off with consummate skill and unflappable, zany charm.

But the most impressive work featured far more modest production values. There was Still Standing You, for example, by Campo (i.e., Belgian artist-dancer Pieter Ampe and Portuguese artist-dancer Guilherme Garrido), a visceral and physically punishing duet exploring the fantasies, phantasms, and limits of masculinity and their own male heterosexual relationship, which enthralled a large audience for over an hour with little more than the clothes on, and subsequently off, their backs.

Ampe and Garrido, naked for most of the piece, square off in boyish and frankly hilarious postures of potency and aggression, brazenly manipulating each other’s genitals or folding their bodies into intimately abstract geometries. The latter moments, quiet and sure, were the most beautiful and thematically promising. But while the piece charms (especially through its teasing familiarity with the audience and the strength of the artists’ palpable bond), it ultimately remains a bit too comfortably within the gendered field it proposes to explore.

Two other standout pieces of a packed week both tackled time in the broadest and most intimate of senses. Nearly simultaneous with the 40th anniversary of September 11, 1973 — the date of the US-backed military coup that overthrew the country’s elected government and ushered in 17 years of bloody dictatorship under General Augusto Pinochet — TBA premiered Lola Arias‘ The Year I Was Born. Comprised of a motley cast of 11, mostly non-professional actors who were all children in the Pinochet era, this dynamic and rousing work of documentary theater (modeled on Arias’ earlier work with the children of the dictatorship in her native Argentina in the 1970s–80s) offers perspectives and opportunities that only time can bring — a generational assessment as family history and youthful rebellion.

On a protean set that makes choice use of the drab institutional furnishings of a public school class room, the performers conflate childhood memories (several of them as the children of families in exile) and the headlines of the day into an episodic narrative that frequently becomes a good-natured clash among peers of varying class and political backgrounds, half-invested and half-critical of their individual patrimonies and deeply skeptical of their collective one.

In its combination of distance and intimacy, and in its messy familial and social relationships, The Year I Was Born resists the grim binaries of the political crisis itself and its immediate aftermath, opening up a space for dialogue, humor, complexity, and conciliatory feeling, without the need for a simple moral or compromise. History rolls on, and the show — filled with laughter, surges of passion, and cool detachment — affirms both our agency and ambivalence about it all.

TBA also offered the world premiere of ADULT, a highly kinetic and wildly imaginative duet by well known San Francisco-based choreographers and performers Laura Arrington and Jesse Hewit. This complex, at times willfully obscure piece deserves a longer treatment elsewhere, but it was without doubt one of the more original and productively difficult, divisive pieces caught all week. Setting the audience in a corner of the cavernous Con Way warehouse (the hub of the festival this year) and looking outward into a vast, dimly lit and unadorned expanse, the first half of the piece plunges us into a viscerally dynamic exploration of fears around death and dying, only to turn things around in the second half — literally so, coaxing the audience with a tray of whiskey and breakfast cereals into helping reorder the seating to face a makeshift stage against the far wall.

The piece then proceeds in a gorgeously erratic and precise play with entropy and order, in which Arrington and Hewit alternately share space and cede ground to one another amid garish lighting and costumes and blurring lines in every direction — not least in the gendered dynamics of their intense, compassionate, and multifarious relationship. Through it all, a sideways glance at history and mortality (flagged at one point by canny evocation of W.H. Auden’s Musée des Beaux Arts) dissolves in halting, unexpected ways into a serene pause, a loving regard between two unstable bodies in ecstatic motion.