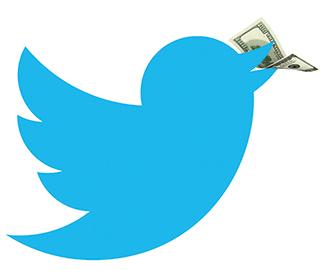 The beneficiaries, mostly representing sectors that are enjoying supercharged growth buoyed by venture capital at a time when much of the economy is still foundering in the wake of the Great Recession, qualified for the tax breaks in exchange for doing business in San Francisco or setting up shop in the Central Market/Tenderloin area.

When the latest spate of business tax cuts was launched in early 2011 to keep Twitter here and stimulate economic growth around its headquarters on mid-Market Street, critics took aim at Lee for sapping city resources with needless corporate giveaways. A 2012 New York Times analysis showed that the $22 million Twitter is expected to save over the six-year tax break makes it the largest incentive granted to a company in California, based on data going at least as far back as 2002.

The various payroll-tax exclusions — they’re available for green technology and biotech firms, as well as companies operating in designated “enterprise” zones — waive a 1.5 percent tax on employee compensation expenses. Collectively, the forgone revenues from 2012 reflect taxes not collected on more than $680 million in employee compensation.

With more businesses than ever lining up to take advantage of the handouts, and two additional tax-breaks enacted since 2011, the amount given away has surged. The Treasurer & Tax Collector’s Office submitted the final figures in annual reports to the Board of Supervisors on Sept. 13.

The giveaways included $3.3 million for two companies claiming exclusions for stock-based compensation. In 2011, only Zynga qualified for this stock-based exclusion program, saving $1.5 million in taxes. In 2012, a second company qualified for this break, more than doubling the amount given away as the value of Zynga’s tax break soared.

A Central Market / Tenderloin payroll tax exclusion program waived payroll taxes for 14 businesses operating last year in that neighborhood — a long-impoverished area where tech and venture capital firms have been snapping up commercial office space. While the Central Market tax exclusion resulted in corporate giveaways totaling just $34,000 in 2011, the incentive resulted in about $1.9 million in forgone revenues in 2012.

Meanwhile, about $5.4 million stemmed from programs that didn’t specifically benefit tech firms or mid-Market transplants. There was a payroll-tax exemption crafted to aid small business, and a surplus business tax credit, which distributed $500 to each of the 6,781 businesses that paid the payroll tax.

Speaking onstage at the TechCrunch Disrupt conference on Sept. 9, Mayor Lee touted the tech sector’s soaring job growth, using an info-graphic to spotlight the city’s 1,892 tech companies and 45,493 jobs that were recently added.

The eye-popping statistics prompted conference host Michael Arrington to query Lee on what is being done for San Franciscans who are finding it increasingly unaffordable to remain in the city. The mayor, who was sitting beside billionaire tech investor Ron Conway, acknowledged that Arrington had “a good point,” and referenced an affordable housing trust fund approved by voters last year.

But at the end of the day, despite the growing imbalance, the current economic climate appears to be the exact effect Lee’s administration had hoped for when it created these corporate welfare programs.

Ilan Moscowitz contributed to this report.