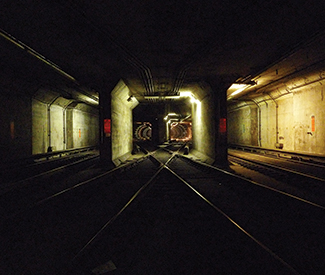 BART maintenance workers training under safety instructor Saul Almanza are taught this most important lesson: the objective when you go to work is to come home afterward.

He remembers two BART engineers who were hit and killed by the trains they were charged with repairing: Robert Rhodes in 2001, and James Strickland in 2008. Almanza imagines the dark tunnels where the safe places to stand are small and the lighting is scarce. He says he thinks of Rhodes and Strickland every day.

As talks between BART labor unions and management resumed Sept. 9, negotiations over safety overhauls had stalled, according to representatives from SEIU Local 1021. On Sept. 11, union members on the negotiating team — which includes Almanza — released a chart of fines the transit agency received from the California Occupational Safety and Health Administration, stemming from those accidents.

The chart shows 20 citations from OSHA since 2001 that the unions said have been unaddressed. BART management, unsurprisingly, disputes this. The list shows incidents as minor as rain getting into a fare gate and as major as the two aforementioned deaths. All told, the safety fines add up to $192,375.

The complaints were also listed on CAL/OSHA’s website, with additional details revealing that some of the investigations into the complaints were closed, contrary to the union’s claim. But that doesn’t mean the underlying causes of the problems have been solved, and they remain a sticking point in the negotiations between BART management and SEIU.

BART spokesperson Rick Rice said the lighting issues that led to Rhodes’ death will soon be resolved. Strickland’s death was a separate issue, though, as dense vegetation blocked a driver’s line of sight, leading to the mechanic’s death. That was also addressed, Rice said.

“Starting next year there’s $4.5 million allocated by the board to improve all the lighting,” Rice told the Guardian, and that other changes have made the tunnels safer since the 2001 accident.

But Almanza said he won’t believe it until he sees it in writing. So far, that hasn’t happened.

“The only change that took place was they added signage to the location saying you can’t enter the area without ‘simple’ approval,” Almanza said. Simple approval is a process where the worker recites a waiver that absolves BART of fault should they be injured or die. “They make you proclaim that you won’t interfere with operations, and it means if you delay something or die, it’s your fault.” Robert Bright, a train mechanic at the Hayward BART shop, also told us he was worried about safety conditions for BART workers. In our previous coverage, “Tales from the Tracks,” he said he’s seen workers crushed under machinery and electrocuted due to lax safety conditions. CAL/OSHA’s required changes are simple enough, requiring trained electricians to shut off power to the third rails and remove power breakers before maintenance crews work on the tracks to prevent the power from accidentally being switched back on. Almanza said the procedure saves lives. But BART management has paid its lawyers to resist the changes recommended by CAL/OSHA, documentation shows. Recent minutes from BART Board of Directors show the board voted unanimously to retain legal services from law firm Glynn and Finley to “mount a vigorous defense” against the safety citations issued by OSHA, saying the recommended changes were unnecessary and would have little effect on safety. Meeting minutes show the directors don’t think it’s a necessary procedure, but Almanza contends that it’s a cost-saving measure, since electricians must be paid to remove the breakers. “If this prohibition is implemented, it would drastically change the way BART performs maintenance operations with no anticipated improvement in safety,” according to meeting minutes. It went on to state that the procedure introduces additional safety risks, which Almanza denies. The board then moved to approve a $188,000 increase for legal services to challenge the CAL/OSHA changes — almost as much as the agency paid in fines for safety violations in the first place.