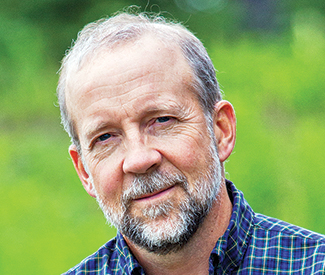 LIT A tale of horrors so unbelievable it could only be plucked from real life, Tom Kizzia’s Pilgrim’s Wilderness: A True Story of Faith and Madness on the Alaska Frontier (Crown Publishers, 336 pp., $25) details the saga of self-styled religious fanatic “Papa Pilgrim,” aka Robert Hale, who in 2002 moved his wife and 15 children to McCarthy, a remote Alaska community.

The Pilgrims lived off the land; they followed their patriarch’s interpretation of the Bible with cultlike fervor. Though they gained local fame for their bluegrass band, their greatest notoriety came courtesy of a battle with the National Park Service, thanks to an illegally-bulldozed road and the complications that ensued.

But any folk-hero status was obliterated when the true story of the Pilgrim family — from Robert Hale’s dark past, including the mysterious death of his first wife, to the shocking abuse endured by all of his children, particularly oldest daughter Elishaba — came to light. Homer, AK-based journalist Kizzia had an insider’s advantage when it came to reporting the story, since he owns a cabin near McCarthy and was familiar with the characters that populated the surrounding wilderness. He wrote about the Pilgrim story as it unfolded, and later turned his research and findings into Pilgrim’s Wilderness.

SF Bay Guardian I was just reading your original Anchorage Daily News articles on this story, and the first headline, from June 2003, is “The Pilgrims, a family of inholders in McCarthy, clear 13 miles of national park land.” At what point did you realize this story was more than simply an eccentric rural family’s squabbles with the National Park Service?

Tom Kizzia That first story, I did over the phone, and [Papa Pilgrim’s] patter was so eccentric that I realized it would make a great story to see what this family is like up close. It was really when I got out there that I realized there was a really strange edge to the place.

That was also when I realized that more [information] had to come out before I could say I really understood what the story was. Right at that time, I stumbled onto [Papa Pilgrim’s] past, that he wasn’t this quaint, hillbilly hermit that he was making himself out to be. That raised all sorts of interesting questions as well. But it was years before the family really blew up and anything was known about what had been going on inside.

SFBG It seems like you were the ideal person to write this story — not only were you writing some of the earliest articles about the family, you also own a cabin near McCarthy.

TK [Papa Pilgrim] was such a great manipulator that he played that up, even to me. “I won’t talk to other reporters, but I’ll talk to you.” He always knew how to make you feel puffed up. He was playing me, I could tell. I’ve been a reporter a long time! But I was playing him back, too. If he wanted to play that game, and it was going to get me access, then I played along.

It was kind of fun to talk about that in the book, just as one of many small sub-themes — that back-and-forth that goes on between subject and journalist. And I asked myself later, did I go too easy on him when I was up at his wilderness lair? Should I have asked tougher questions?

But I think you could reasonably say that was a somewhat perilous situation to be in. You don’t necessarily want to be too in-your-face when you’re out in the wilderness with the guy. Plus, I knew that he had a phone, so I could call him later if I found out more — which I did. And indeed, those phone conversations got testier and testier.

SFBG I had never heard the term “inholder” — people who own property within National Park Service land — before I read your book. Why do communities like McCarthy sometimes have antagonistic feelings toward the Park Service?

TK It’s a big thing in the West. I’d heard about these kinds of frictions just growing up and reading about Western history — and in Alaska, it was being played out in the modern day.

It was partly a holdover from the 1970s, when the debate was going on over what the creation of these new parks in Alaska was going to mean to the local lifestyle. For a lot of people, it was the coming of government to a rural area that had very little government before. It was, “We used to be able to do what we want, and now there’s someone telling us we have to do things a certain way.” That put people off.

But the parks in Alaska were created, in a way, to try to allow that rural lifestyle to continue. A lot of that impetus came out of a desire to protect the Alaska native cultures, and their hunting and fishing traditions. Congress chose to provide those rights for all rural Alaskans, native and non-native. And as a consequence, you end up with families like the Pilgrims moving out into the bush and taking advantage of those opportunities.

SFBG I kept wondering why, if Papa Pilgrim really wanted to keep his family isolated, he picked so many fights with the Park Service.

TK As we came to understand only much later, he thrived on having external enemies. So the park, and its bureaucracy, made a convenient enemy for him; he could rally his family and, for awhile, others in the community, to defend him.

But I puzzled at that: If you really want to be isolated, why build a road to your doorstep? There’s a contradiction there. But that’s sort of the great American contradiction, too — the great story of Western expansion. Building up your valley, and then trying to keep it to yourself.

SFBG Pilgrim’s daughter Elishaba, who suffered the most abuse, emerges as sort of the hero of the story. At what point did she open up to you?

TK It was really in the latter parts of my research where she became comfortable telling me her story. I think it had partly to do with her coming forward in church fellowship settings and talking about her experiences, and realizing what it meant to others to hear what she had been through and how she had come out of it.

And she also realized that even within a non-Christian setting, it’s helpful for victims of domestic violence to realize that you can get out, even from the most desperate situation that you could imagine — which would be her situation, not only physically, but also mentally and psychologically. She was trapped by her sense of her soul being in peril if she rebelled. But she found the strength to do it. *