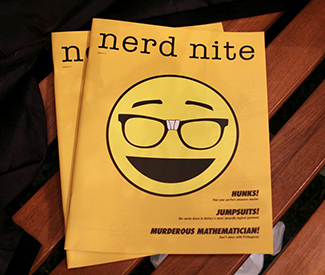 For anyone who interpreted Amazon’s Kindle as a harbinger of doom, a nonprofit celebrating the production, artistry, and importance of books in an increasingly digital world might be just the support group you need. There’s something for everybody at the San Francisco Center for the Book, which offers 300 classes annually ranging from the basic, such as Introduction to Letterpress Printing, to the obscure, like Miniature Variations on Exposed-Spine Sewings. Take a single-session workshop or enroll in one of two certificate programs offered in printing and bookbinding.

The Public School, originally launched in LA, is an online platform where anyone can propose a class topic, connect with interested locals, and organize the curriculum, meeting times, and location. This year Bay Area activists and scholars opened up a space in 2141 Broadway, Oakl., for Public School classes and working groups. Classes are free and open to all, and some convene outside of the Oakland space. Recent classes include readings of Spinoza, Hegel, Plato’s Symposium, and the Bible, plus cinema, contemporary art, philosophy, radical politics, queer feminism, romance languages, and yoga.

Nerd Nite is held the third Wednesday of every month at Rickshaw Stop in San Francisco. Organizers describe it as being “like the Discovery Channel … with beer!” Throughout the night, speakers deliver brief, fun-yet-informative presentations across all disciplines, which may involve bands, acrobats, trivia, and other shenanigans. Nerd Nite No. 39 will cover “the secret lives of jock brains” and other highly scientific-sounding talks. You might learn a lot from the geeks at Nerd Nite, whose slogan is “be there and be square.”

If you thought you already knew how to cook an egg, think again. Among the many classes offered by foodie education hub 18 Reasons is “Eggs: Elegant + Economical.” Learn to poach, emulsify, bake, braise and revel in the full spectrum of hard-to-easy (in terms of runniness and difficulty level) scrambling and frying techniques. This class is on the pricier end but 18 Reasons, a self-described community food space, occasionally hosts more affordable courses and also operates a free six-week cooking class series for low-income families.

FROM TAROT TO TIBETAN HEALING

Depending on your feelings about new-age style spirituality, you just might find the workshops on offer at the California Institute for Integral Studies to be intriguing. The wisdom of the tarot as it relates to the psychological implications of symbols? Psychological wellness through the mastery of “timelessness”? Tibetan sound healing? Vedic chants? Practicing the path of yoga in daily life? The workshops range from free to a few hundred dollars, but if cultivating a deep sense of inner peace is your thing, consider giving it all a spin.