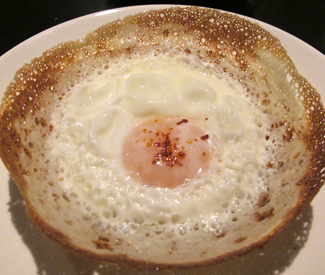 Sometimes all you want is a really good salad. Your options for finding one around town just increased with the launch of the second location of Blue Barn Gourmet (2237 Polk, SF. www.bluebarngourmet.com), which is due to open by Tue/6 in the former Yabbie’s Coastal Kitchen. The 44-seat space is a lot bigger than the original Marina location, plus there’s a wine bar with room for nine thirsty drinkers, so you’ll be able to hang out with a beer or glass of local wine over your meal. Blue Barn makes a tasty Cobb salad, and I’m also a fan of the fattoush salad. If you’re feeling less virtuous, there’s an even longer menu of hearty pressed sandwiches. Yeah, cheesy ones too (and that’s not including the six grilled cheese sandwiches Blue Barn makes as well). Initial hours are Tue–Sun 11am–8pm, and will be adjusted as needed — Mondays will be added later, too.

Here’s another new second location offering sandwich (and salad) love: Evan Bloom and Leo Beckerman of Wise Sons Deli (736 Mission, SF. www.wisesonsdeli.com) just opened a counter inside the Contemporary Jewish Museum. Which means you no longer have to trek to their 24th Street location the next time you want a hot brisket sandwich or a Reuben for lunch. I also adore their matzo ball soup and egg salad sandwich. And the bialy with smoked salmon on top is a one-way ticket to flavor country. One thing to note: you’ll have to go through the museum’s security line to get in (admission not required), or you can order from the takeout window and just eat outside on the patio. You’ll want to pay attention to the hours too: Fri–Tue 11am–4pm, Thu 1pm–4pm (closed Wed), and the takeout window is open Mon–Fri 8am–4pm.

Another cool detail: Wise Sons is sharing the space with De La Paz Coffee, so you can check out the new De La Paz blends since Four Barrel Coffee has taken over the company. The Pazistas are pulling espresso for now, and will be adding pour-over specials; open daily 11am–4pm (hours will extend soon).

You ready to start the day with a monster truck of a breakfast? Maybe you’re hungover (oops) or you work too hard at your tech job and don’t make it out for lunch. Because really, there’s nothing like kicking off the work week in a food coma. So here’s a tip: downtown’s Rosa Mexicana (30 Mission, SF. www.rosamexicano.com) has started an all-you-can-eat morning breakfast buffet, loaded with a rotating menu of Mexican breakfast items like jamón con chilaquiles, a soft corn tamal with bacon, and Mexican-style scrambled eggs (there’s also an egg-white burrito in case you want to try to slip it into your purse for your co-worker, although we didn’t give you that idea, cool?). The whole enchilada (ha) will only put you back $11.99, and it’s available Mon–Fri from 8am–10am. Buen provecho.

The traditional egg hopper. Well of course the Tablehopper was going to need to try this menu item at the recently opened 1601 Bar & Kitchen (1601 Howard, SF. www.1601sf.com). And let me tell you, we are damn lucky to have access to this Sri Lankan street food favorite, made with a high-end twist, in an urban restaurant in SoMa. The hopper ($9) is a crepe-like, lacy bowl made from lightly fermented rice flour and coconut milk (it has the slightest tang). Within the edible basket is a stunning, soft-cooked Jidori egg — the creamy yolk a deep orange, begging you to cut into it. (But only after you top it with the variety of flavorful sambols that come on the side; you can decide how spicy you want it.) While the hopper would traditionally be folded like a taco and eaten out of hand, here it’s a fork-and-knife affair, although we’re sure chef Brian Fernando would smile to see someone just pick this little baby up.