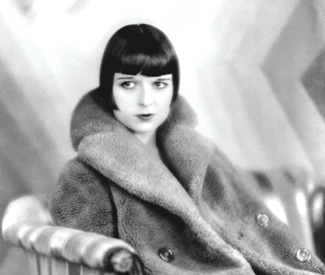 FILM The 18th San Francisco Silent Film Festival opens with Augusto Genino’s 1930 Prix de Beauté, literally translated as “beauty prize” but more often referred to in English as Miss Europe. Memo to all wannabe pageant queens: you might as well shuffle off the stage when Louise Brooks — flawless features, perfect hair, sparkling smile, star quality oozing from every pore — shows up to compete.

Though she knows her jealous boyfriend will disapprove, vivacious typist Lucienne (Brooks) impulsively enters herself into the Miss France contest; after she wins, she advances to Miss Europe, where she’s also victorious. (Apparently Miss Universe hadn’t been invented yet, because obviously she’d take that title, too.) When her sourpuss love orders her home, she mourns her lost-and-found glamorous life while confined to their small apartment, where she’s kept company by a caged bird and a cuckoo clock. Amid all this dreary symbolism, a movie contract (offered by a worldly, dandy prince who’d pursued her at the beauty pageant) seems just the ticket to a better life — but as any Brooks fan can tell you, happy endings were not exactly her specialty.

More movie-star charisma comes courtesy of the oft-misunderstood Marion Davies, who gets a chance to display her considerable comedic talents in King Vidor’s 1928 The Patsy. Modern audiences remember Davies for her long association with William Randolph Hearst; some assume she was more or less exactly like the shrill Susan Alexander character in 1941 roman à clef Citizen Kane. And while Hearst did manipulate her career, he was said to prefer her in costume dramas, like 1922’s When Knighthood Was in Flower, in which she played Mary Tudor — hardly similar to The Patsy‘s goofy heroine, sort of a proto-Greta Gerwig type.

The Silent Film Festival’s description of the film attributes The Patsy‘s existence to star director Vidor’s “Hollywood clout.” But its enduring popularity (it closed the 2008 fest) is surely due to Davies’ performance, which famously includes her dead-on impressions of fellow silent stars Mae Murray, Lillian Gish, and Pola Negri. Living in the shadow of her elegant older sister, Grace (Jane Winton), awkward Pat (Davies) is forever stumbling and messy-haired. (“I wish I were beautiful and seductive, like a stocking advertisement,” she says, in one of the play-turned-film’s many hilarious intertitles.)

Pat pines for Grace’s nerdy beau, Tony — but even when Grace starts sneaking around with a local bad boy, Tony doesn’t notice Pat, despite her attempts to get his attention via some silly self-improvement efforts. Blustering on the sidelines is stage and screen legend Marie Dressler, a 1930 Best Actress Oscar winner for Min and Bill, who plays the sisters’ comedically overbearing mother. The Library of Congress supplies The Patsy on 35mm, with live accompaniment by the five-piece Mont Alto Motion Picture Orchestra.

Also a tale of two siblings, Henri de la Falaise’s Legong: Dance of the Virgins (1935) — a two-strip Technicolor fable shot on location in Bali — is rapturously described by the Silent Film Festival program as “the delineation of Balinese culture … an absorbing and mesmerizing quasi-documentary.” That may be so, but one suspects neither its cultural content, nor its love-triangle story (comely temple dancer falls for the new gamelan musician in town, and he’s OK with that — until he decides he prefers her younger sis), were what lured audiences in 1935. Rather, the sight of “Balinese beauties bathing in all their native glory,” as one poster trumpeted at the time (that’s code for “topless women”), was likely the main draw.

Decades later, however, Legong‘s more exploitative elements feel pretty tame, and the film remains most interesting for its fairly respectful depictions of what was considered an outrageously “exotic” way of life at the time. The Silent Film Festival screens the UCLA Film and Television Archive’s restored 35mm print; a sure highlight will be Legong‘s live score, a collaboration between Bay Area-based ensembles Gamelan Sekar Jaya and Club Foot Orchestra.

Additional highlights include the premiere screening of the meticulously-restored The Last Edition (1925) — a newspaper yarn about a San Francisco Chronicle press worker, complete with thrilling Market Street scenes; Tokyo Chorus (1931), an early entry from the highly influential Yasujiro Ozu; “Winsor McCay: His Life and Art,” biographer John Canemaker’s tribute to the Gertie the Dinosaur (1914) animator; Douglas Fairbanks as the titular outcast in Alan Dwan’s newly-restored 1916 The Half-Breed; and closing-night crowd-pleaser Safety Last (1923), which contains one of silent film’s most famous scenes: comedian Harold Lloyd scaling a multi-story building and dangling from a clock face. *