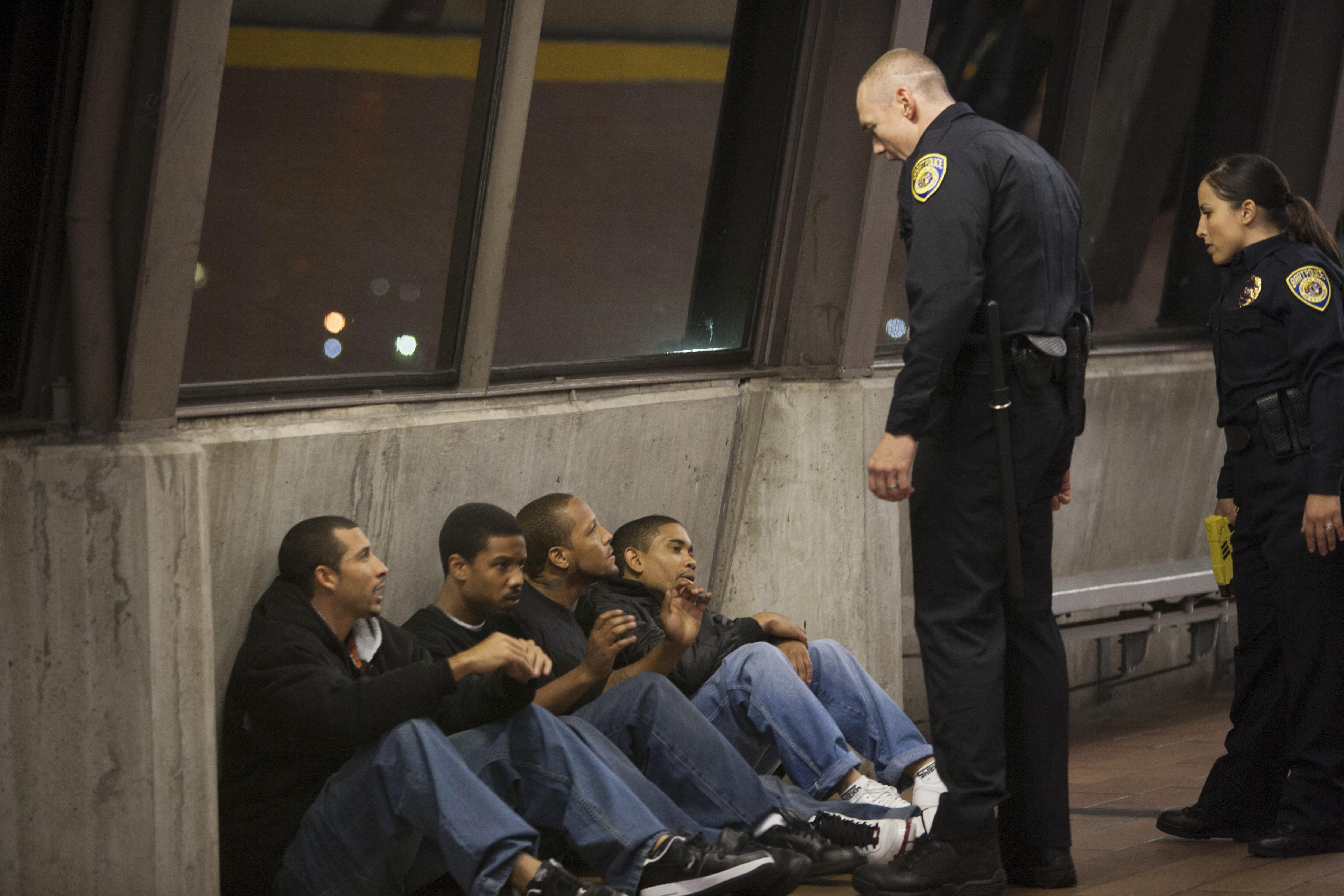 This week marks the opening of Ryan Coogler’s Fruitvale Station, a moving look at Oscar Grant’s final hours; it’s an especially important film for Bay Area residents, but will likely have nationwide impact. Check out my interview with rookie writer-director Ryan Coogler here.

And, as always, there’s more. SO MUCH MORE. Emily Savage writes about Peaches Christ‘s campy, vampy, celeb-filled tribute (Sat/13 at the Castro!) to 1996 cult classic The Craft here.

PLUS! Pacific Rim‘s giant robot vs. giant monster smackdown, a 3D surfing doc, and all the rest, after the jump.

How to Make Money Selling Drugs Want to see a deeply thought-provoking, well-made documentary (with commentary by The Wire‘s David Simon, among others) about America’s War on Drugs? Seek out last year’s The House I Live In, and give Matthew Cooke’s more superficial distillation of the same subject (does David Simon ever turn down a talking-head request?) a pass. That’s not to say How to Make Money Selling Drugs is a total fail, but its slick production values and gimmicky premise (complete with video game style “levels” tracing the rise through the drug trade) wear thin after awhile. However, Drugs does offer a lively viewing experience, with an array of colorful characters — former dealers and law enforcement officers, with some celebrities sprinkled in — holding forth on, and sometimes bragging about, how drug empires are built and dismantled. Speaking of celebrities, the film’s biggest coup is an eerie interview with Eminem, in which he candidly discusses the depths of his prescription-drug addiction. It’s a rare moment of killer honesty amid Drugs‘ short-attention-span flash. (1:34) Roxie. (Cheryl Eddy)

One Track Heart: The Story of Krishna Das Born Jeffrey Kagel, “average neurotic Long Island kid,” the man now known as Grammy nominee Krishna Das underwent a spiritual transformation after trying acid, dropping out of college, meeting Be Here Now author Ram Dass, and becoming a follower of Hindu guru Neem Karoli Baba, a.k.a. Maharaj-ji. A rock ‘n’ roller who declined the chance to join the band that became Blue Oyster Cult, KD’s talents became entwined with his religion years after Maharaj-ji’s death — an emotionally devastating event that led to a brief but raging coke habit. He began performing kirtan, or call-and-response chants, at yoga studios, and (unwittingly or not) became part of a suddenly trendy movement to “make enlightenment accessible,” per the New York Times. Now he’s recorded multiple albums with Rick Rubin and tours the country, playing to rapt audiences at venues as big as the Warfield. Whether or not you can stomach New Age music or philosophy (or share the opinion that Krishna Das once overheard about himself: that he’s “an American burger with Indian ketchup”), Jeremy Frindel’s One Track Heart keeps its running time brief (just over an hour) and avoids deifying its subject — someone who clearly digs the spotlight, but who has also enough done soul-searching to keep his ego mostly in check and a higher power in mind. (1:12) (Cheryl Eddy)

Pacific Rim The fine print insists this film’s title is actually Warner Bros. Pictures and Legendary Pictures Pacific Rim (no apostrophe, guys?), but that fussy studio demand flies in the face of Pacific Rim‘s pursuit of pure, dumb fun. One is tempted to picture director/co-writer Guillermo del Toro plotting out the battle scenes using action figures — Godzillas vs. Transformers is more or less what’s at play here, and play is the operative word. Sure, the end of the world seems certain, thanks to an invading race of giant “Kaiju” who’ve started to adapt to Earth’s decades-long countermeasures (giant robot suits, piloted by duos whose minds are psychically linked), but there’s far too much goofy glee here for any real panic to accumulate. Charlie Hunnam is agreeable as the wounded hunk who’s humankind’s best hope for salvation, partnered with a rookie (Rinko Kikuchi) who’s eager, for her own reasons, to kick monster butt. Unoriginal yet key supporting roles are filled by Idris Elba (solemn, ass-kicking commander); Charlie Day (goofy science type); and Ron Perlman (flashy-dressing, black-market-dealing Kaiju expert). Pacific Rim may not transcend action-movie clichés or break much new ground (drinking game idea: gulp every time there’s an obvious reference or homage, be it to Toho or Bruckheimer), but damn if it doesn’t pair perfectly with popcorn. (2:11) (Cheryl Eddy)

Storm Surfers 3D With 3D being slapped indiscriminately on too many interchangeable Hollywood flicks these days, it’s easy to forget that there are some subjects that practically beg for the format. Incredibly, it seems no one thought to make a 3D film about surfing, the sport and spectacle to which stereoscopic cinema is ideally suited. Christopher Nelius and Justin McMillan’s movie (actually the third Storm Surfers entry so far) follows best-friend Australian surfing legends Ross Clarke-Jones and Tom Carroll as, guided by surf forecaster Ben Matson, they race off on short notice to various locations where huge storm-fed waves can be expected. This is risky business, and there’s human interest in the two riders’ different ways of struggling with aging (they’re both nearing 50), possibly mortal danger, and family responsibilities. These way heavily on Carroll; nothing does on Clarke-Jones, who is your basic “fuck it, let’s go” thrill junkie. Their genial personalities help spark what’s otherwise a solid if unremarkable surfing doc — albeit one that does indeed look great in 3D. (1:35) (Dennis Harvey)