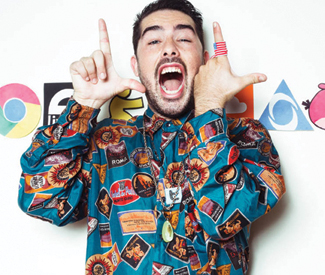 SUPER EGO I am absolutely exhausted from having to take in so many BART-strike refugees, caught by surprise on the empty platforms, in their platforms, right after Pride. I personally feel like a very glamorous Ellis Island for ill-informed East Bay drag queens, a beacon of hungover light. Give me your sequined, your glittered, your plumped-out, pumped-up, spandex-slathered asses yearning to breathe free. Now quit hogging my bathroom. It ain’t summer ’til you’ve rolled over on a bed of flung-off lucite heels!

Also auguring our summer here in the Bay: the yearly return of that most excellent, most original psychedelic rave crew, Wicked, shoring us up with another installment of its 22-year-old-party. Now, like a superdupermoon appearance or a strange blast of humidity, it’s an annual all-nighter portal to post-solstice revelry.

“Return of the Prodigal Sons” is the theme this time around, with original acid house royalty Garth, Jenö, Thomas, and Markie burning up the decks. (Yes, they’re British, but on a full moon at Baker Beach in 1991, they scruffed up the American rave scene and stayed.) The last such gathering was an uncanny hoot — who knew light streamed into Mighty at dawn? — and a classic-and-newbie club meet like no other. Let’s do this.

The Chi-Town master of boogaloo house brings his impeccable selections and cute sense of humor to the Housepitality party. For any of you (me!) ticked off we missed his semi-surprise appearance at a certain SF party a couple months ago, well here we go.

Look, I know it’s in San Jose, but how could I not clue you into the Bay’s biggest goth rollerskating party, celebrating its fourth anniversary? That’s right. Goth. Roller. Skating. Party.

Color-saturated, bass-rumbling label Body High-mates Jerome LOL (he basically exploited that eerie, over-stimulated post-Tumblr aesthetic first) and Samo Sound Boy come up from LA to the Lights Down Low party for a sight, sound, and all other things spectacular.

Look, I’m not trying to make you feel old with all these reunions, etc. Especially not when they’re as fresh as this. SF’s longest-running techno weekly disappeared for a minute right before 222 Hyde shut down earlier this year. Now, it’s back where it all started, UndergroundSF, formerly, infamously known as The Top — only now it’s every Friday, rather than (much messier) Sundays. With Nikola Baytala, Joshua Iz, Tyrel Williams, and Jason Greer.

Very cool all-night showcase for this young Berlin electronic label that takes experiment, sound art, and techno-futurism as a given. With founder Bill Kouligas, Lee Gamble, Heatsick, and NHK’Koxygen performing.

The hilarious monthly bargain-bin punk rock drag show takes on riot grrrl, but with zombies. Who knows what the hell will result? Plus one: the place is always packed with alternative hotties.

The chill and spacey disco wiz’s recent post-punky popper “Junior’s Throwing Craze” would not leave my head earlier this year — hear him channel your subconscious genre mashups at the monthly Push the Feeling party, now on Saturdays.

Happy first birthday to the daytime party that helped revive queer hip-hop for a new generation. It’s also probably the most diverse experience you’ll have in these crazy SF times. Fight the blandening! Twerk for your gay life.