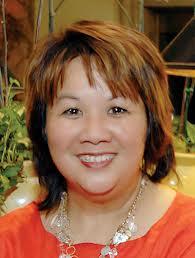 Gee, which is worse: Having the chair of the local Democratic Party working for Pacific Gas and Electric Co., which blows up neighborhoods, or for the San Francisco Board of Realtors, which pushes anti-tenant legislation and whose members profit from gentrification and evictions?

Either way, Mary Jung, the Democratic County Central Committee chair, isn’t exactly a good representative for the city’s progressive Democracts. She just left her job as a lobbyist for PG&E and took a new position running government affairs for the landlords. From the Realtors press release:

Jung stated, “I am excited to have this opportunity to build upon and expand the REALTORS® Association role in the community. I look forward to working collaboratively with our local, state and national elected officials, and with our members, to ensure that the robust housing market continues to grow and our voice is heard effectively at City Hall.”

The “robust housing market.” In other words, displacement central. From the elected chair of the Democratic Party in San Francisco. I can’t think of the last time the chair of the local party was paid to represent corporate interests. Not a good sign.