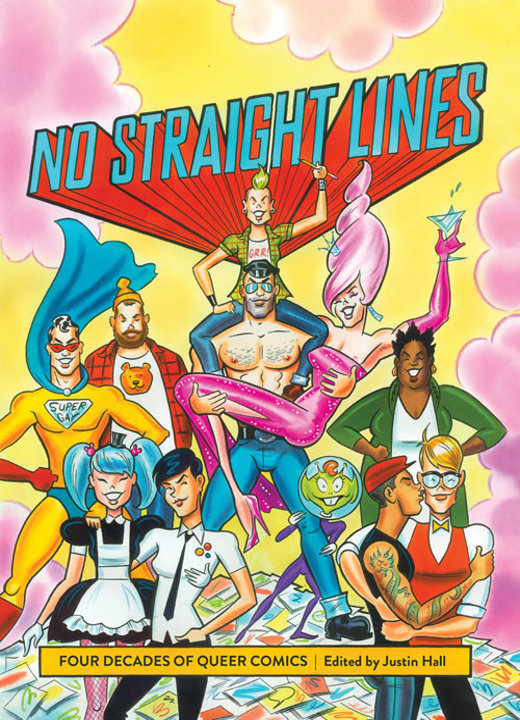 Hall told me right after his win:

“I’m thrilled that the Lambdas have made such a strong statement recognizing comics as a legitimate literary medium that has told powerful stories of LGBT lives, loves, and identities for the last four decades. This is a validation of a tremendous amount of work, and of an artistic community that truly deserves its time in the spotlight!”

Blue is based on the sensational graphic novel Le bleu est une couleur chaude (Blue Angel to us, now that it’s being rushed into translation) by Julie Maroh, which took five years to write, and was started when Maroh was 19. It’s an epic sexy heartwrencher, and the film, which is 3 hours long, will probably open here next year. The translated book will come out on small Canadian press Arsenal Publishing very soon, we hope.