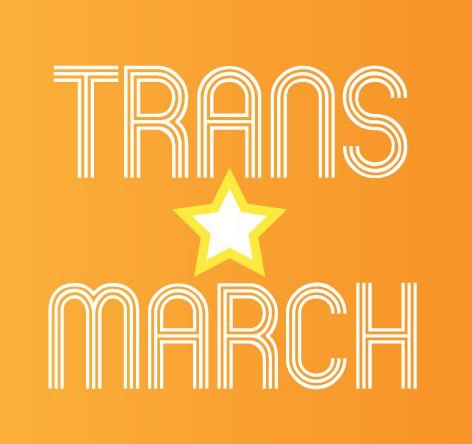 The “Wikileaks court-martial” of Bradley Manning began yesterday — as predicted, it opened “with dueling portrayals of a traitor who endangered the lives of his fellow soldiers [the government’s characterization] and of a principled protester motivated by a desire to help society who carefully selected which documents to release [Manning’s defense],” writes Charlie Savage in the New York Times.

As that was happening, the SF Trans March stated on its Facebook page, “The San Francisco Trans March will be honoring Bradley Manning on June 28th at the opening of the 2013 PRIDE weekend!!” Manning has identified as transgender; the Trans March organizers stated that they are “retaining Manning’s male name and pronoun at the request of his people.” (If Manning’s attorneys do indeed introduce gender dysphoria as a defense strategy, as they have stated, it will certainly add another layer to this complex story.)

Also in solidarity Manning, and in open rebuke of the SF Pride board’s recent actions disqualifying Manning from community grand marshalship, The SF Dyke March (taking place Saturday, June 29) issued a strong and lengthy statement via its Facebook page, reprinted in full below.

Meanwhile, the SF Pride saga continues. As Liz Highleyman reports at CastroBiscuit, there was a strong turnout at the public meeting held last Friday with the Pride board. The board said it would reconsider its decision blocking Manning from being represented as a community grand marshall and announce its stance on June 7. Will pressure from Pride’s other marches have any sway? We’ll see.

A Statement from the 2013 Organizing Committee and the Founding Members of the San Francisco Dyke March:

NOT PROUD OF PRIDE

PFC Manning was selected for one of our community’s highest accolades because he helped reveal unpunished war crimes, the Pentagon’s link to Iraqi torture, and other disturbing and previously secret foreign policies. PFC Manning has already pleaded guilty to charges that will carry a 20-year prison sentence. The military still pursues a life sentence.

Then, the SF Pride Board of Directors retracted the invitation, stating:

“Bradley Manning will not be a grand marshal in this year’s San Francisco Pride celebration. …. even the hint of support for actions which placed in harm’s way the lives of our men and women in uniform — and countless others, military and civilian alike —will not be tolerated by the leadership of San Francisco Pride.”

The SF Pride Board of Directors is parroting the US military, offering uncritical support for the military’s anti-Manning smear campaign. Most experts believe Manning’s actions endangered no one.

After being challenged by many members of the LGBTQ community, the SF Pride Board issued another statement explaining that the election of Bradley Manning as Grand Marshal was a procedural error. They did not retract the statement made earlier by the Pride Board President which was widely publicized.

Their statements are disgraceful. No matter who you believe should be Grand Marshal or what you think about Bradley Manning’s case, the SF Pride Committee’s unconditional support of the military should make your skin crawl.

The Dyke March has a working relationship with SF Pride. Like the Sisters of Perpetual Indulgence, as well as some local businesses that serve the queer communities, Pride has provided financial support to the Dyke March. Nevertheless, we believe, as members of a family, we should be critical and express our opinions even when they differ. We cannot be silent regarding the unjust condemnation of Bradley Manning by SF Pride’s Board of Directors.

We honor LGBTQ people and all people who refuse to be silent in the face of oppression and repression.