Home New-movie tip: skip the fury and the hangover, and go see 'Frances... 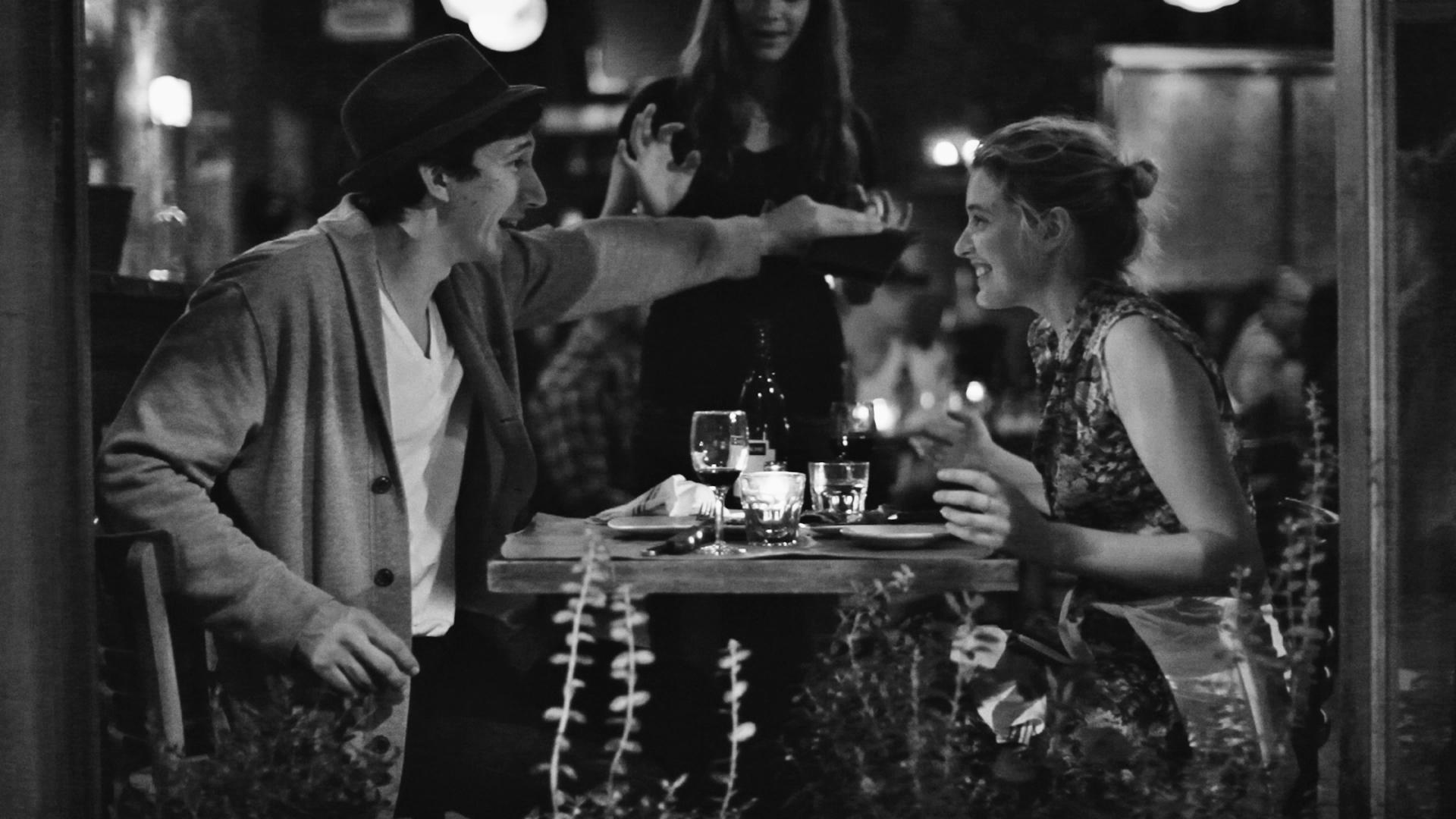 What else? A ripping Julianne Moore performance, a worthy environmental documentary, two very different animated flicks, and some probably–unnecessary sequels. Reviews below!
http://www.youtube.com/watch?v=IDNz3oFjDhM

Elemental Even those suffering from environmental-doc fatigue (a very real condition, particularly in the eco-obsessed Bay Area) will find much to praise about Elemental, co-directed by Gayatri Roshan and NorCal native Emmanuel Vaughan-Lee (who also co-composed the film’s score). This elegantly shot and edited film approaches the issues via three “eco-warriors,” who despite working on different causes on various corners of the planet encounter similar roadblocks, and display like-minded determination, along the way: Rajendra Singh, on a mission to heal India’s heavily polluted Ganges River; Jay Harman, whose ingenious inventions are based on “nature’s blueprints”; and Eriel Deranger, who fights for her indigenous Canadian community in the face of Big Oil. Deranger cuts a particularly inspiring figure: a young, tattooed mother who juggles protests, her moody tween (while prepping for a new baby), and the more bureaucratic aspects of being a professional activist — from defending her grassroots methods when questioned by her skeptical employer, to deflecting a drunk, patronizing Robert F. Kennedy Jr. at a big-ticket fundraiser — with a calm, steely sense of purpose. (1:33) (Cheryl Eddy)

Epic Animated fantasy about a teenager who finds herself drawn into a conflict between warring forest creatures. Features the voices of Amanda Seyfried, Colin Farrell, Beyoncé, and Christoph Waltz. (1:42)

Fast and Furious 6 Forget the “fast” (that’s understood by now, anyway) — part six in this popcorny series is heavy on the “furious,” with constant near-death stunts that zoom past irrational and slam into batshit crazy. Agent Hobbs (Dwayne Johnson) lures the gang out of sunny retirement to bust a fast driver with a knack for strategy and an eye on world domination. Sure, Ludacris jokes their London locale doesn’t mean they’re in a Bond movie, but give cold-blooded Luke Evans some time and he’ll work his way up to antagonizing 007. Shaw (Evans) is smaller than our hero Toretto (Vin Diesel), but he’s convincing, throwing his King’s English at a man whose murky dialect is always delivered with a devilish baritone. If Shaw’s code is all business, Toretto’s is all family: that’s what holds together this cast, cobbled from five Fast and Furious installments shot all over the world. Hottie Gal Gadot (playing Sung Kang’s love interest) reassures Han (Kang) mid-crisis: “This is what we are.” It’s not for nothing the gang’s main weapon is a harpoon gun that, once shot, leaves an umbilicus from the shooter to whatever’s in the crosshairs. That’s Torreto for you. Meanwhile, the villain’s weapon is a car with a spatula-like front end, that flips cars like pancakes. The climactic battle on a cargo plane has to give a face time to every member of the eight-person team, so naturally they shot it on the world’s longest runway.  Of course the parade features less car porn than previous editions but it’s got a wider reach now — it’s officially international intrigue, not just fun for gearheads. For my money, it’s some of the best action in theaters today. Stick around for the inevitable sequel-suggesting coda during the credits. (2:10) (Sara Maria Vizcarrondo)

The Hangover Part III Even the friendliest little blackout bacchanal can get tiresome the third time around. The poster depicting Bradley Cooper, Ed Helms, and Zach Galifianakis — stern in suits and ties — says it all: it’s grim men’s business, the care and maintenance of this Hangover franchise, this orgy of good times gone bad. Once a bad-taste love letter to male-bonding, Hangover Part III is ready for a chance, primed to sever some of those misbegotten ties. This time around, the unlikely troika — with the always dispensable normal-dude figurehead Doug (Justin Bartha) in tow — are captured by random sketchy figure Marshall (John Goodman, whose every utterance of the offensive “Chinaman” should bring back Big Lebowski warm-and-fuzzies). He holds Doug hostage in exchange for the amoral, cockfighting, coke-wallowing, whore-hiring, leather-wearing Leslie Chow (Ken Jeong), who stole his gold, and it turns out Alan (Galifianakis) might be his only chum. Jeong, who continues to bring the hammy glee, is still the best thing here, even as the conscience-free instigator; he’s the dark counterpart to tweaked man-child Alan, who meets cute with mean-ass pawn-star soulmate Cassie (Melissa McCarthy). Meanwhile, Cooper and Helms look on, puzzled, no doubt pondering the prestige projects on their plate and wondering what they’re still doing here. (1:40) (Kimberly Chun)

The Painting Veteran animator Jean-François Laguionie’s French-Belgian feature is a charming and imaginative fable whose characters live in the worlds of an elusive artist’s canvases. It begins in one particular picture, a fanciful landscape in which society is strictly stratified in terms of how “finished” the figures in it are. At the top of the heap are the Alldunns, elitist castle-dwelling snobs who look down on the semi-completed Halfies. Everybody shuns the Sketchies, pencil preliminaries come to life. When members of each group get chased into the Forbidden Forest, they discover they can actually exit the frame entirely and visit other paintings in the artist’s studio. As a parable of prejudice and tolerance it’s not exactly sophisticated, and the story doesn’t quite sustain its early momentum. But it’s a visual treat throughout, nodding to various early 20th-century modern art styles and incorporating some different animation techniques (plus, briefly, live action). Note: the last screenings of each day will be in the film’s original French language, with English subtitles; all others offer the English-dubbed version. (1:18) (Dennis Harvey)

A Wedding Invitation Already a hit in China, this romantic drama directed by Korea’s Oh Ki-hwan follows a young couple (Eddie Peng, Bai Baihe) as they break up to pursue careers in Beijing and Shanghai, making a pact that they’ll reunite in five years if they’re both still single. (1:45)

What Maisie Knew In Scott McGehee and David Siegel’s adaptation of the 1897 Henry James novel, the story of a little girl caught between warring, self-involved parents is transported forward to modern-day New York City, with Julianne Moore and Steve Coogan as the ill-suited pair responsible, in theory, for the care and upbringing of the title character, played by Onata Aprile. Moore’s Susanna is a rock singer making a slow, halting descent from some apex of stardom, as we gather from the snide comments of her partner in dysfunctionality, Beale (Coogan). As their relationship implodes and they move on to custody battle tactics, each takes on a new, inappropriate companion — Beale marrying in haste Maisie’s pretty young nanny, Margo (Joanna Vanderham), and Susanna just as precipitously latching on to a handsome bartender named Lincoln (True Blood’s Alexander Skarsgård). The film mostly tracks the chaotic action — Susanna’s strung-out tantrums, both parents’ impulsive entrances and exits, Margo and Lincoln’s ambivalent acceptance of responsibility — from Maisie’s silent vantage, as details large and small convey, at least to us, the deficits of her caretakers, who shield her from none of the emotional shrapnel flying through the air and rarely bother to present an appropriate, comprehensible explanation. Yet Maisie understands plenty — though longtime writing-and-directing team McGehee and Siegel (2001’s The Deep End, 2005’s Bee Season, 2008’s Uncertainty) have taken pains in their script and their casting to present Maisie as a lovely, watchful child, not the precocious creep often favored in the picture shows. So we watch too, with a grinding anxiety, as she’s passed from hand to hand, forced to draw her own unvoiced conclusions. (1:38) (Lynn Rapoport)