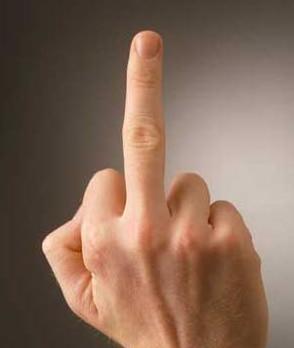 I almost don’t know what to say, except: Finally, someone admits it.

Rebecca Pederson, writing in The Bold Italic, explains why she actually likes the idea that San Francisco is becoming so expensive that thousands of longtime residents are being forced out; see, if it’s more expensive to live here, then young, creative people will work harder:

People who want to make a living here from their creative work should have to hustle; it makes the successes much more meaningful.

Ah, yes. “Hustle.” So all the older people who are, say, not trained in the tech field, or might be disabled and unable to “hustle,” or the single parents who “hustle” all the goddam day just to keep the family together, or all the “creative” people who work for nonprofits or (gasp) are artists — and trust me, they “hustle” as much as any tech worker … they don’t get to live here any more. Because

We can’t afford to walk barefoot around Golden Gate Park and write half-sonnets about trees. This city’s too expensive now.

But I do know a whole lot of people, including some who work for websites, who are seeing their lives and their community destroyed by rising prices — which are due primarily to greed in the real-estate industry.

I don’t think all tech workers are anywhere near as dumb as Rebecca Pederson, but I do see a lot of her attitude around: We are young and have money, and you are old and in the way. That’s capitalism.

The “older people are losers” attitude was the worst part of the Sixties ethos (although disdain for labor — often reciprocated by conservative unions — was pretty bad, too.) This is a big city, with a diverse population. Not everyone is healthy and able to “hustle.” Not everyone is young and carefree. Please, my friends: Have respect for the community you recently dropped into.

Yes, I was a San Francisco immigrant, too, in a different era, and I know things will always change, but I don’t remember my young friends believing that they were by nature better and smarter than the people who already lived here. It’s called respect.