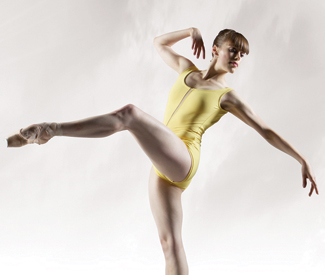 DANCE Smuin Ballet has grown up. Perhaps that should come as no surprise, since the company celebrates its 20th anniversary this November. While the troupe, now 17 strong, has always been engaged in showing what ballet can be without huge production values (and huge budgets), the company is lately doing it better than ever.

Six years ago Michael Smuin died unexpectedly, and a remarkable woman stepped into the cowboys boots he was so fond of wearing. Artistic and executive director Celia Fushille, a founding member and longtime Smuin performer, has a done a remarkable job raising the level of dancing, of choreography, and of widening the company’s appeal to more than Smuin’s traditional, older audience who “just loved Michael.”

Perhaps this fact should be irrelevant, but it is not: Fushille is also one of very few women who are running professional ballet companies. While she is committed to Smuin’s huge repertoire — and she chooses wisely from a very mixed bag — more importantly, she is stretching these dancers with choreography that is fresh, wide-ranging, and never less than professional.

The current program, “Bouquet,” which runs at Yerba Buena Center for the Arts through this weekend before moving to Walnut Creek, Mountain View, and Carmel, is very much worth seeing.

The evening opened with Smuin’s 1999 Chants d’Auvergne, set to a collection of French folk songs popularized by Joseph Canteloupe’s grand arrangements. The orchestration is unbearably soupy and an operatic soprano seems so irritatingly inappropriate for the original material’s simplicity. But Smuin cut through all that ballast and managed to create a modest, charming, and highly romantic vision of country life.

Light in spirit, often with a touch of humor, Smuin’s choreography deftly incorporates casual touches into balletic solos, duets and trios. Jonathan Dummar put his long lines to good use in a goofy yet elegant solo. Longtime company member Erin Yarborough brought ardency to her solo, as well as to her duet with Jonathan Powell.

The gem of the evening was Helen Pickett’s 2008 Petal, set to music by Thomas Montgomery Newman and two four-hand piano pieces by Philip Glass. The work’s title promised something flowery. Nope. The octet, excellently performed, offered highly structured, high-octane choreography with moments of such intimacy that they sent it shivers down your back. Performed in a white box lit in colors that ranged from blinding yellow to sunset orange, Petal’s constantly changing relationships created a pulsating space anchored by stillness. Dancers might move downstage as if being sucked into the audience; the next moment they became part of the scenery, rooted like columns or cornice pieces. A woman might sail high above her partners moments before another tore through a male relationship.

The lush sensuality of liquid torsos and dancers twining around each other balanced the non-stop, full-out dancing, with limbs shooting sky high or snaking along the floor. Yet these people — and they were people — suggested a sense of ease within their own skin that translated to the way they connected and separated. Small caresses around someone’s neck, or on an inner thigh, gave Petal one of its most appealing qualities: the intimacy of the human touch.

Last on this pleasing program was Darrell Grand Moultrie’s Jazzin’, bookended by exuberant ensemble dancing. Opener “Struttin'” was set to the Count Basie Orchestra’s take on Duke Ellington, the finale to the Wynton Marsalis Lincoln Center Jazz Orchestra with the LA Philharmonic. How can you go wrong with inspiration like that? These sections were choreographed with a sense of gusto and joyous celebration of the beat, but without too much personal vision.

For that we had to wait for the center sections of Jazzin’, which offered more theatrically nuanced choreography. Newcomer Erica Felsch’s “Spring in My Step” channeled a Marilyn Monroe-esque mix of innocence and sexual allure with wit and charm. The punchy “Takin’ No Mess,” in which a woman is trying to sell a chair and something else, sounded a different note of humor. Jane Rehm — perhaps the Smuin company’s finest stylist — revealed a comedic side of her talent by hitting every move, every glance with just the right timing. In the dark “Solitude” — again set to Ellington — Joshua Reynolds gave a man’s tortured soul all the pain and dignity it served. It was a beautiful performance.