Home Condo bypass legislation now before the full board 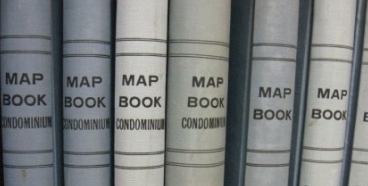 Controversial condominium lottery bypass legislation — sponsored by Sups. Mark Farrell and Scott Wiener but substantially modified by tenant group that strongly opposed the original legislation, with the help of Sup. David Chiu, Jane Kim, and Norman Yee — is finally coming to the full Board of Supervisors today (Tues/7, starting at 2pm).

Those involved in the negotiations say the legislation will likely to be returned to the Land Use Committee because of amendments being introduced today that the City Attorney’s Office has deemed substantial enough to require another public hearing. [UPDATE: The board voted unanimously to send this back to committee, which will consider it on Monday the 13th].They include a provision pushed by tenant groups that would scuttle the lottery bypass if the 10-year lottery moratorium is challenged in court.

That moratorium was pushed by tenants and their supporters as a tradeoff for letting a backlog of around 2,000 tenancy-in-common owners buy their way out of the city’s lottery for the annual allowed conversion of 200 TICs into condominiums, which are more valuable and easier to sell and finance than TICs.

Farrell told the Guardian late last week that he was still negotiating with both sides and hopeful that he might be able to support the legislation, despite the hostile amendments that Chiu made which were opposed by Farrell and Wiener in committee.

San Francisco Tenants Union head Ted Gullicksen told us that the tenants’ side was willing to accept a couple of the technical amendments that Farrell proposed during negotiations with them, including exempting from the bypass fee the 19 building that have awaited conversion the longest and allowing some owner-occupier changes as the bypass is phased in over six years.

He said Farrell also proposed that if less than 2,000 condos opt for the bypass, then the difference in numbers would be added to the allowable number of condos in the first year that the lottery is restored, which the tenants’ groups haven’t yet agreed to.

Farrell and Wiener are also expected to offer other amendments, but the tenant groups have said they’ve gone as far as they’re willing to in allowing any increase in condo conversions, and they seem to have six solid votes lined up on the board.

Yet it’s still an open question how new amendments might affect those political dynamics, how the real estate industry (which simply wants as many condo conversions as possible) will respond, whether Mayor Ed Lee (who has avoided taking a position on the legislation) will sign or veto whatever emerges, and whether whoever is left unsatisfied by this deal will try to go to the ballot.

In other words, there may be some tricky political maneuvering ahead, so stay tuned.