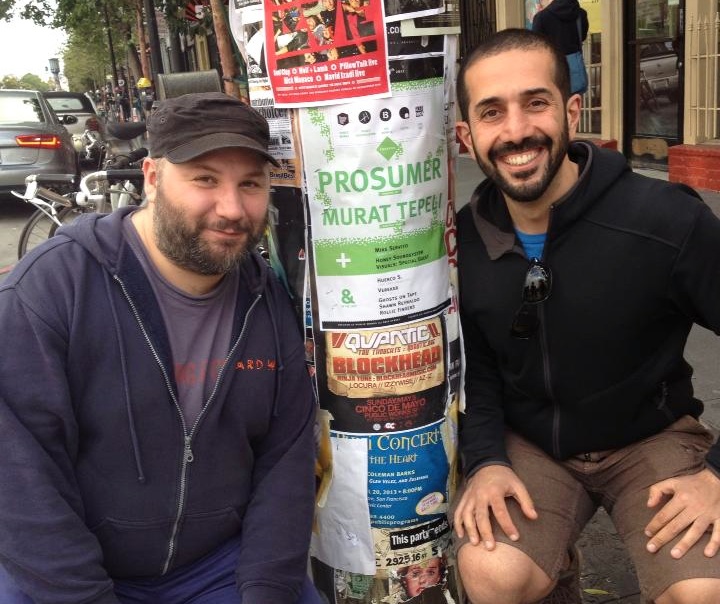 Jajajaja — this installment of Party Radar is going to be like a last minute dump, since I’m still kind of drunk and the weekend, she is here. Besides, bloggity bloggity blah blah blah, let’s just get to the good stuff. But let’s first have some delicious beef for breakfast:

No not this weak beef, this one:

Kinda makes me like Leger’s music. Now let’s guetta way from all that, and get into this. Click on the titles for more info.

And what a truly grand opening it shall be! (Right next to the back trough.) The legendary gay leather biker bar has been open for a couple months now, to great success — I guess this party means its here to stay. Hurray! With a gaggle of old school faves including Trauma Flintstone, the Ethel Merman Experience, Anna Conda, the Sisters of Perpetual Indulgence, and the Whoa Nellies.

Ok, not just the lauded house master from Berlin, BUT his hottie partner in yum Murat Tepeli, AND NYC diva on the tables Mike Servito AND Huerco S., Vereker, Ghosts on Tape, Shawn Reynaldo, Rollie Fingers. All under he auspices of Honey Soundsystem, Icee Hot, Grey Area Foundation, and The Bunker NYC. Gonna be real cute and you will actually dance.

This weekend is exploding with legends who hapen to be gay, just sayin’. The Chicago boogaloo house master has ruled the decks for more than two decades (he played at a party I threw back in 93! old) — and is appearing out of thin air, it seems, at Harlot. Derrick can turn anywhere into an instant party.

One of the coolest things to happen every year — a multimedia garden party at SOMArts featuring spme spectacularly cool and forward-thinking art, much of it interactive. With audio-visual performances by Pod Blotz, ChuCha Santamaria y Usted, Stephen Parr-Oddball Films, and Francois Chaignaud and Marie-Caroline Hominal.

Come early to this packed, ecstatic bi-monthly celebration of whirling gypsy music and Balkan culture. It’s one of the great parties of San Francisco, bringing all kinds of people together with some mindblowing music. Half the time I cant even begin to guess the time signature. With DJ Zeljko, dancer Jill Parker and her Foxglove Sweethearts, and awesome band Inspector Gadje.

One of my absolute fave deep house DJs of recent years. The sweet Parisian’s mixes are the kind you can really listen to and inhabit, while making you move as well. Plus he has an infectiously good-vibe stage presence that lifts the crowd.

Adnan is one of those people who are the true heart and soul of the Bay Area techno scene. His roving, underground Forward parties have rocked us for a decade and hes just a sweetheart of all swearthearts, with a great mystical take on beats. Hes decamping for Brazil, leaving us bereft, but happy for him. Let’s dance together one last time before his altar, at Honey Soundsystem.

The former Scissor Sister recently compared the energy at the mainstream gay White Party in Palm Springs to that of early punk rock trash drag era Trannyshack, which not only rewrote gay nightlife history, but surprised the fuck outta me. She should know though, I guess: she was an integral part of SF’s rough-and-rarin’ club kid scene in the ’90s before she hit the big time – and at least she’s brought some weirdo-ness to the Glee crowd. Now she’s doing her own thing, and this will be a glorious homecoming affair, hosted by Juanita More.