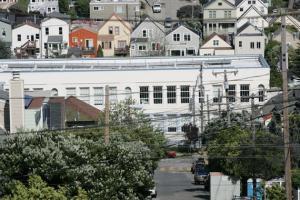 I remember years ago a loser of a supervisor named Bill Maher tried to make a lame joke in opposition to a public-power measure. “If the city tries to run an electric system,” he said, “every time I throw a light switch my toilet would flush.”

But it’s a common refrain: We can’t even run the Muni on time — how can we run an electricity system?

Which is why it’s worth noting that the San Francisco Public Utilities Commission and the Department of Public Works have managed, all on their own, to build successful solar generating facilities –– without contract scandals or any other apparent problems. The School District is happy; when they throw the light switch, the lights turn on — and the price of electricity is really, really low (far less than half what Pacific Gas and Electric Co. charges), so there’s more money for classroom instruction.

This is the future of green energy in San Francisco: Small-scale renewable projects, either owned by the city or financed by the city and placed on residential and commercial rooftops. It’s why CleanPowerSF is so important. PG&E is never going to support distributed generation; that kind of project makes PG&E irrelvant and undermines its business model. Once the city has enough generating facilities, it can start buying its own distribution system.

So yeah: Public power works. On a small scale, to be sure, but if the city can build one solar project, it can build more.