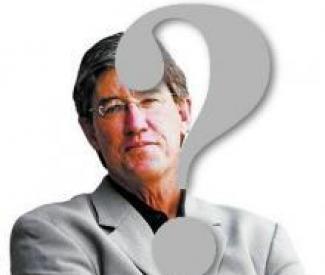 Now, I thought we were all going to have to pay money to read the wisdom of C.W. Nevius, but here it is, for free, right on sfgate: Nevius is calling on California to repeal the “bottle bill,” the measure that requires a (modest) deposit on cans and bottles and that has been widely credited for making this one of the leading places in the world for recycling.

His argument: People are stealing recyclable material and selling it. This leads to drugs. (Seriously, this leads to drugs: “It hurts everybody,” says Adam Alberti, a spokesman for Recology, the city’s garbage collection firm. “We have heard reports of (scavengers) being paid in drugs instead of cash.”)

And, of course, criminal syndicates that underpay desperate people. The old Haight Asbury Recycling Center, which Chuck hated so much, demonstrated how the syndicate racket doesn’t have to work, since small-time individual bottle-pickers could get there without a truck and keep all the money. Oh, but that was also leading to drugs. So now it’s gone. Amazing, Chuck, the law of unintended consequences.

Anyway: Criminal syndicates aren’t a good thing. Wall Street, for example. Certain landlords and businesses that prey on the weak and don’t pay their taxes. Or the people who cheat their low-wage trash-diving workers.

But on the scale of all the things wrong in the world, and the city, this has to be pretty small-time. Because the bottom line for me is this:

The stuff is getting recycled.

That’s what we want, right? We don’t want bottles and cans in a landfill. From a strictly environmental viewpoint, it makes no difference if Recology picks the stuff up and makes money off it, or if a poor person picks up the stuff and makes money (except not in the Haight any more) or if some explotive syndicate hires people to pick the stuff up. It gets to the same place.

Again: Not supporting the criminal syndicates. Their workers should get fair pay, like all workers. Still, repealing the bottle bill seems like a pretty crazy way to address this modest problem.