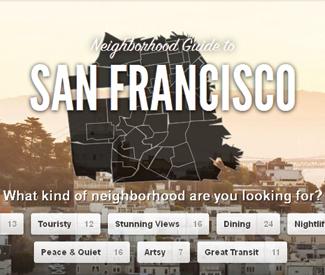 As Airbnb continues to avoid making any public comment on the $1.8 million annual Transient Occupancy Tax obligation to the city that it appears to be dodging, with the complicity of the Mayor’s Office, Board of Supervisors President David Chiu is getting closer to introducing legislation to regulate so-called “shared housing” and holding public hearings on the issues it raises.

In addition to the tax issue, there are concerns that Airbnb, VRBO.com, and other Internet-based sites that facilitate short-term rentals of San Francisco apartments are increasingly being used to circumvent local tenant protections, often after evicting tenants from the apartments using the Ellis Act. That state law allows owners to leave the rental business and convert to other uses, and landlords can argue that Airbnb is a commercial use and not a residential use.

“I’ve been deep into a lot of these issues in my conversations with a lot of community stakeholders around Airbnb and the area of shareable housing and I’m hoping very soon to have a package of proposals in this area. And at that point, we’ll have public hearings on the topics that you describe,” Chiu told us when we asked about the tax and tenants issues.

Among those involved in Chiu’s negotiations with Airbnb is Ted Gullicksen, executive director of the San Francisco Tenants Union, who says the negotiations have been slow-going but he’s generally happy with how they’re proceeding and hopeful that the resulting legislation will rein in rampant current abuses of zoning, tax, and other regulations that city officials have been ignoring.

“All you have to do is sit in front of the computer for a few hours and you can identify a lot of the lawbreakers. But there’s no enforcement by the city,” he said, noting that the Tax Collector’s Office is the notable exception among city departments, such as the Planning and Building departments. “The taxes shouldn’t even be an issue because they’re illegal uses.”

For example, while landlords may be able to get around rental restrictions triggered by an Ellis Act eviction by calling the use for shared housing websites “commercial,” that’s usually a violation of local planning codes prohibiting commercial use of residential property. Chiu’s legislation approved late last year banning “hotelization,” in which entire apartment buildings are cleared of tenants and rented out on a short-term basis, allows nonprofit groups like the Tenants Union to help enforce the ban.

“We’ve been researching the buildings we want to go after with complaints and lawsuits,” Gullicksen said. “It’s a pretty widespread problem.”

He said the VRBO.com appears to be a bigger culprit in terms of being used by landlords to avoid tenant protections than Airbnb, whose hosts are evenly split between tenants and landlords. But as the biggest shared housing service in San Francisco, the tax issues are bigger for Airbnb and the city.

“We don’t mind the limited use of someone’s principal residence for short-term rental, where we’re concerned is about the whole buildings,” Gullicksen said.

Whether the issue is avoiding taxes or circumventing tenant protections, the complicated issues surrounding shared housing are long overdue for some public discussions and scrutiny, and it sounds like that’s what we’re see later this spring or summer.