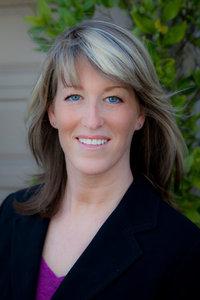 A Democratic Party resolution calling on Ed Lee to appoint a mother to the Board of Supervisors may have driven the slow-moving mayor to fill the seat of departing Sup. Carmen Chu quickly, perhaps as soon as today (Feb. 21), City Hall sources are saying.

Lee appointed Chu to fill the post of Assessor-Recorder vacated when Phil Ting moved to the state Assembly. But he’s been dragging his feet on naming Chu’s replacement.

Alix Rosenthal, a member of the Democratic County Central Committee, has put a resolution on the agenda for the group’s Feb. 27 meeting urging the mayor to name a woman with a family. Her argument:

Political office is often beyond the reach of mothers, because balancing a political life with family and work is often an insurmountable challenge.  Appointing a mother to fill the District 4 seat will demonstrate the Mayor’s commitment to stemming the tide of families leaving San Francisco, and it may serve to inspire women with children to be politically engaged, and to run for office themselves in the future.

That, of course, could put the mayor’s allies on the DCCC in a tough situation. Will they vote to urge the mayor to do something he doesn’t want to — or will they vote against, you know, motherhood?

Of course, if the mayor makes an appointment before Feb. 27, the resolution becomes moot.

Rosenthal and some other politically active women are supporting Suzy Loftus, a member of the Police Commission and a mom. But D4 is more than half Asian, and has always had an Asian supervisor, so it’s unlikely the mayor would appoint a non-Asian to the job.

The mayor will want someone he can count on as loyal — and who he’s pretty sure can win an election. His last two appointees to elective office, Christina Olague and Rodrigo Santos, were both defeated the first time they faced the voters.

But at this point, Lee isn’t saying anything. Look for an announcement soon.