Home Everybody likes Jerry; now what? 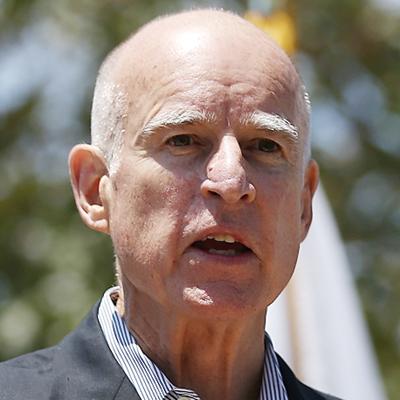 For the first time in many years, Californians seem to like their governor. Jerry Brown’s approval rating is now above 50 percent; actually, it’s closer to 60 percent. And the Legislature is more popular, too. (Although ratings of the state Leg, like ratings of Congress, are pretty bogus — I may think the Legislature as a whole is doing a crappy job, because there are too many conservatives, but I think my own Assemblymember, Tom Ammiano, and my own state Senator, Mark Leno, are excellent. Republicans feel the opposite way. Nobody likes the body as a whole, because the body as a whole will never be liberal enough for me or conservative enough for Orange County.)

So here’s the question:

In politics, one of the things you do is build capital. You build it with your reputation, by doing things well (or at least things that make some group of constituents happy). You can’t keep it in the bank forever, or it gets stale and eventually starts to fade away; at some point, you have to use it.

The typical younger politician builds capital for future races — you get high marks as a city council member or county supervisor and you cash in some of that to get elected to the state Leg, then maybe to statewide office or Congress. But our guv isn’t typical in any way, and he’s not young; he might have one more term in office, which at this point he would win easily if he seeks it. But that’s almost certainly the end of the line. For better or for worse, I just don’t see a President Jerry Brown in our future.

So what’s he going to do with his political capital? What are the Democrats in the state Leg, who finally have the confidence of the voters, going to do?

If Jer thinks he’s going to build a couple of giant tunnels under the Delta to move more water south, he’s even battier that we think; that’s never going to happen. The entire environmental world is against it, it’s way too expensive, it will wind up getting delayed by lawsuits until long after Brown is out of office, and there’s no guarantee a future governor will keep Jerry’s Big Dig alive.

He’s got high-speed rail, a much better use of money that has widespread support, but that’s also a long-term project.

So what about reforming Prop. 13? He knows it’s a policy disaster. It’s not going to be repealed, but with the governor’s support, a split-role measure or some other credible reforms could transform local government and do more for the public schools than any pointed-headed “education reform” plan will ever do.

Or single-payer health care. Everyone knows that California’s getting screwed by the insurance industry. We have to write new rules for implementing Obamacare anyway. Twice, the state Leg has passed single-payer bills that were vetoed by the governor (not this governor).

It’s actually possible to lead the way to some changes that people will remember for decades. Jerry: You won’t get this chance again.