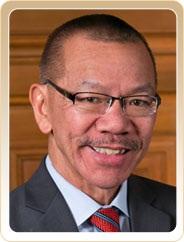 Some San Francisco supervisors are scrambling to find an acceptable compromise that would prevent condo-conversion legislation by Sups. Scott Wiener and Mark Farrell from becoming a bitter battle that could be a no-win situation for centrists.

Board President David Chiu is meeting with tenant groups and trying to craft an alternative to the proposal, which would allow some 2,000 tenancy in common units to convert to condominiums. Wiener says the legislation is needed to provide housing stability to people in the almost-but-not-quite-a-condo world of TICs. Tenant activists who have met with Chiu say he’s discussing ways to limit speculation, which might include a five-year ban on the resale of converted condos. But that won’t be anywhere near enough for the tenant groups.

In fact, tenant and landlord groups are both talking to Sup. Norman Yee, who will be one of the swing votes, and who could introduce a series of amendments to the Wiener/Farrell bill that would be more palatable to tenants.

“They’ve had a couple of meetings,” Yee told me. “We’re just examining the issues to see if there’s a compromise. It would be great if we could work something out so the supervisors could feel better about voting on this.”

But any deal, Ted Gullicksen of the San Francisco Tenants Union told me, would require “structural reform of the future condo-conversion process.”

Yee could probably get away with that — he’s never relied on landlords or real-estate interests for his campaign money, and there aren’t that many TIC owners in his district, which is largely single-family homes. This won’t be a vote that will make or break his future in District 7.

On the other hand, it could be a huge issue for Sup. London Breed, who represents a district with a huge majority of tenants and the most progressive voting record in the city. Breed insists that she hasn’t made up her mind on the issue, and she told me she agrees she’s on the hot seat here: Much of her political and financial support came from Plan C and real-estate interests that want more condo conversions, but she would face furious policial fallout if she voted against tenants. “I am open to a compromise, but only if it’s good policy for the city,” she said.

Supervisors David Campos and John Avalos are strongly against the TIC bill, and it’s likely that Sups. Eric Mar (who got immense support from tenants in his recent re-election) and Jane Kim (who didn’t support the measure in committee) will oppose it unless it’s altered in a way that tenants can accept.

Naturally, Farrell and Wiener are on the yes side, as is, almost certainly, Sup. Carmen Chu.

That leaves Breed, Chiu, Yee, and Sup. Malia Cohen — and three of them have to vote Aye for the bill to pass. Chiu wants to run for state Assembly from the tenant-heavy side of the city, but, as always, he’s looking for a way to avoid an ugly fight.

The problem is that the tenants aren’t going to sign off on anything modest; if they’re going to accept the conversion of 2,000 units that used to be rental housing, they’re going to want to be absolutely certain it doesn’t happen again — and that there are new rules in place that halt the rampant assault on existing rent-controlled housing.

So either the folks in the center — Yee, Breed, Chiu, and Cohen — are going to have to force the landlords to accept some long-term reforms that they won’t like, or politicans like Breed are going to be forced to take a yes or not vote that could come back to haunt them.