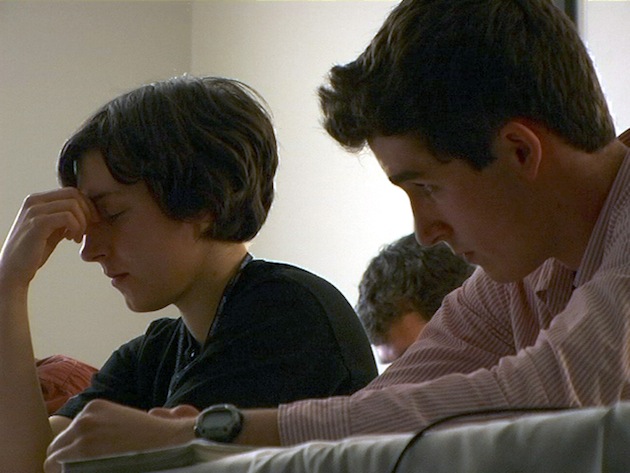 In recent years, Sundance has become well-known for its strong documentary offerings — to the point of overshadowing its dramatic films. And with good reason, when docs like Martha Shane and Lana Wilson’s After Tiller are among the selections.

The film follows the four remaining doctors in the United States who continue to perform third-trimester abortions; it’s a decidedly direct character study that uncovers the complex and difficult choices these physicians go through on a daily basis. (Not to mention the element of danger they face, as the title’s reference to the murder of Dr. George Tiller suggests. With that in mind, there was a protective police presence at all of After Tiller’s Sundance screenings.) The doc’s impact didn’t end when the lights came up; for days after the screening, I found myself drawn into fascinating conversations with folks who were eager to discuss their feelings about the film and the issues it explores.

Roger Ross Williams’s God Loves Uganda has the same type of power to ignite discussion. It follows the misguided and even diabolical misrepresentation of homosexuality that’s been perpetuated by American missionaries in Uganda — an Evangelical Christian crusade that has encouraged the African country to impose the death penalty on gay people. An indictment of how religion can lead to hate crimes, God Loves Uganda uncomfortably uncovers a modern-day witch hunt that’s brought tragic results.

On a happier note, Zachary Heinzerling’s Cutie and the Boxer shares the 40-year love story between Ushio and Noriko Shinohara, married artists who have been through everything together and yet still keep their passion alive. The look and feel of this film is just as artistic as the subjects themselves (which is saying a lot — I was lucky enough to see their work first hand at the J GO Gallery in Park City). Don’t miss this feel-good film — winner of the US Documentary Directing Award — when it’s released by Radius/TWC later this year. The closing credits alone are one of the most exhilarating moments of 2013!

Down the road at Slamdance, Nicole Teeny’s sensitive Bible Quiz, which won the Grand Jury Sparky Award for Feature Documentary, stuck with me like no other film this year. It’s a quiet, moving look at a Tacoma, Wash. team of teens deeply involved in the titular competition, which involves memorizing and reciting verses and even entire books of the Bible.

But while the film achieves the same kind of drama that earned Jeffrey Blitz an Oscar nod for his spelling-bee tale Spellbound (2002), director Teeny has much more up her sleeve here. The real subject of the film is 17-year-old Mikayla, whose heartbreaking honesty is a reminder that every new generation has to learn things the hard way to survive high school and beyond. Programming Bible Quiz was a major coup for Slamdance — it was the best documentary at the fest and topped any at Sundance, too. It has the potential to be a film that people will remember for years to come.