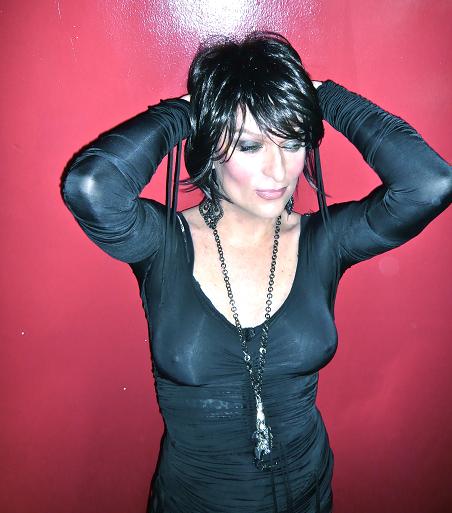 She wears a Guess Collection spotted lynx coat, Manolo Blahnik boots, Isabel Marant dress, La Perla lingerie. She has to figure out how to have sex with a quadriplegic. She is gentle, the most sweet. The Christeene Vale that stars in the “San Francisco” segment of Fourplay, a collection of sex-themed shorts that will screen in part at Other Cinema’s “Eros” lineup at Artist’s Television Access on Sat/16 is not the same filthy drag-terror I remember slapping and dredging her sweaty stomach over the faces of other front row admirers at her Public Works appearance last year.

In part, this is due to the fact that in Fourplay Vale (or rather, Paul Soileau, her real world alter ego) is interpreting the cross-dressing SF sex worker who is sitting across the table from me in a SoMa cafe. Her name is Chloe, and she is explaining to me why her job is a lot like being a therapist.

Here is the plot of Fourplay‘s “San Francisco”: Soileau’s Chloe is called out to North Bay house with an unusual challenge. The wife of a quadriplegic man wants a professional to give him his first experience with a biological man. He’s not gay, the wife explains upon Chloe’s arrival. It’s just something he wants to do.

The ensuing scene between Soileau and the prone man will convince anyone of the need for experienced, compassionate sex workers. It will also introduce you to ways of sexual pleasure you perhaps had not previously considered (spoiler alert, but: toe.)

The story is loosely based on an experience that real-life Chloe recounted to director Kyle Henry when they were introduced by a mutual friend in San Francisco. They changed a things about the plot to make it simpler for audiences to digest. It was actually the quadriplegic’s mother who called Chloe. In the film version of Fourplay the disabled man is older — in real life he was 23 years old, having had an awful motorcycle accident at 18. The real-deal sex took place in Post Street hotel, one with adequate handicapped access so that the mother could position the man in the room, leave the money in an envelope on the desk. The next time real-life Chloe heard from mom, it was three years later. She had called to let him know her son had passed away in his sleep.

“All I could think was ‘god, this woman loves her son so much,’” Chloe tells me over tea at the new 111 Minna cafe. In person, it is easy to see similarities between the queen in front of me and Soileau that may have lead to the casting of the Fourplay short. Both of them have big eyes that look at you — Vale’s through freaky contact lenses, but you imagine the spirit is the same behind the plastic. In person, Chloe affirms, Soileau is actually quite gentle and Southern. Christeene hadn’t yet been born when the short was filmed almost three years ago, or when the two drag queens spent time studying each other before the short was shot.

Chloe remembers that she was insistent that the tenderness she felt for the disabled man be apparent on screen, that Soileau bring back to life the humility she felt in that moment.

“It wasn’t about getting pleasure,” she says of the quadripligic man. “It was more about him giving pleasure.” Which makes sense – a man who has to be waited on 24/7 for his own survival would fantasize, one supposes, about the moment when he could give happiness to another. “It changed my definition of what sex could be.”

Chloe’s career began when a drag queen named Chocolate who worked the door at Trannyshack Tuesdays at the Stud asked baby-drag Chloe what her “price” was. Chocolate became her teacher, learning her the best way to work with clients. Judging from the way Chloe divined, diagnosed, and prescribed a cure for my Valentine’s Day anxiety, she’s definitely attuned to the needs of others — one of those “givers.”

“Very quickly,” Chloe remembers “the fear subsided when I saw how powerful touching the skin of another person, having them touch yours – how remarkable and transformative that can be.” Through the power of drag, she was able to take charge of each rendezvous and, she feels, really help people. “We’re not criminals. We’re artists, we’re shamans,” she tells me. Chloe was active in 2008’s defeated Proposition K, which would have prohibited the SFPD from using resources to instigate and prosecute sex work.

“We live in a lonely world. People can go for days without speaking [in real life] to anyone.” She saw lots of self-identified straight men during those days of the first dom com boom in San Francisco, the kind of guys desired by the same burly gay men who the slight, nerdy Chloe felt rejected by in bars before she started sex work (“tranny’s revenge,” she laughs.) But when I ask how it felt to be so intimate with people who were in the closet, Chloe bridles.

“As I understand, there’s a big difference between sexual identity and sexual practice.” Let them be straight if they say they’re straight, she avers. “I believe everyone should have the power of self definition.”

Her caretaking spirit is evident in the short that Henry and the rest of his Austin-based collective created (Henry’s partner is one of Vale’s back-up dancers — the making of the “San Francisco” segment was somewhat of a family affair.) The partial screening on Saturday will be the second for Fourplay in San Francisco after last year’s Frameline debut. Who know, maybe Christeene will make an appearance — she was just announced as a guest judge for Fri/15’s Trannyshack Star Search pageant.

Chloe’s excited that more of her SF friends get a chance to see the piece that they put together so many years ago. “It was so easy because Paul is so sweet, so fearless, he understood the complexity of the piece. And he fit perfectly in my clothes.”

Yep, that fuzzy feeling wasn’t the only thing Chloe contributed to Fourplay – lady offered up the clothes off her back.