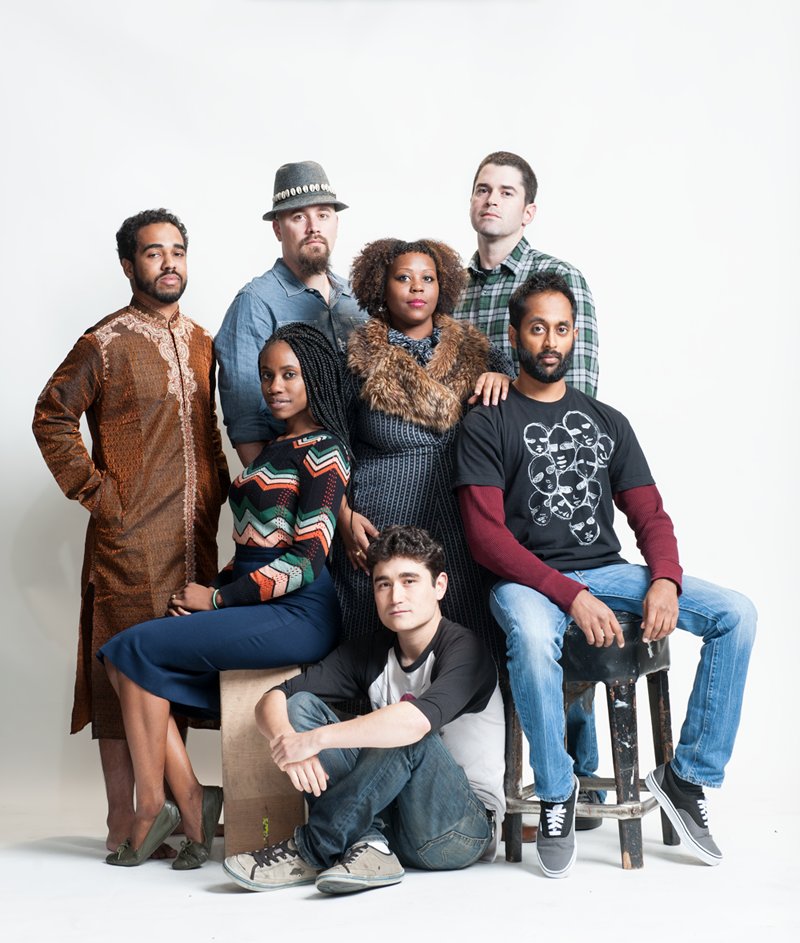 If Erykah Badu, Little Dragon, and Beach House, met-cute and made jazzy, passionate pop music together, the resulting mix might sound something like a song by the Seshen (as those are its main influences). The seven-piece Oakland band is known for its blend of sounds and regions, with robust musicianship by bassist Aki Ehara, drummer Chris Thalmann, percussionist Mirza Kopelman, Kumar Butler on samples, and Mahesh Rao on keys, filled out by fierce vocalists Lalin St. Juste and Akasha Orr. Though mostly, at this point, it’s known for a little track called “Oblivion.”

Most recently, the Seshen remixed fellow On the Risers Trails and Ways’ “Border Crosser.” Next up, the band will drop “Turn,” the first single off its upcoming EP, due later this year.

Description of sound: Our sound utilizes electronic textures and layers that seek to blur the distinction between the abstract and the familiar while incorporating influences from a variety of genres.

What piece of music means a lot to you: There’s seven of us so there are many pieces of music that have moved us, some of which include: Mama’s Gun (Erykah Badu), Voodoo (D’Angelo), Pink Moon (Nick Drake) and the works of Radiohead, Stevie Wonder, James Blake, Bob Marley, and Broadcast, to name a few.

Favorite local eatery and dish: Too hard to narrow it down to one!! We love Souley Vegan in Oakland, Pancho Villa in the Mission, and Zachary’s Pizza (spinach and mushroom deep dish pizza).

Who would you most like to tour with: Little Dragon or Animal Collective would be amazing but more immediately it’d be fun to tour with some of the other Bay Area bands we love like Bells Atlas or DRMS.