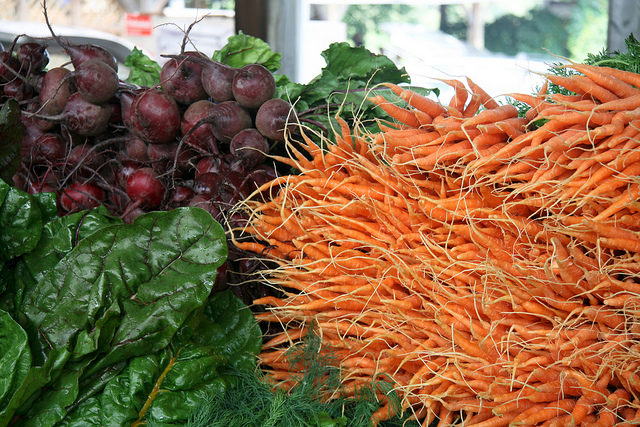 San Francisco is known for its discerning foodies and exotic culinary offerings, but not every neighborhood has access to nutritious, let alone gourmet, fare. Yet several programs have sprouted up recently to boost businesses that want to improve environmental practices or benefit their surrounding communities.

Carrotmob, an international organization that runs campaigns in San Francisco, encourages local consumers to make purchases at targeted businesses in order to help the establishments meet sustainability goals. “We refer to it as ‘sustainability,’ but that encompasses a broad range of issues,” explains Nisha Gulati, an organizer with the group. “A Carrotmob can range from anything from helping to reduce climate change, to carrying fair trade products.”

There is one day left for socially conscious diners to support Carrotmob’s campaign to benefit the Old Skool Café, a Bayview restaurant that employs at-risk youth. The 1940’s-style supper club, which held its grand opening last fall, is a nonprofit “designed to provide solid alternatives to a life of crime and poverty by providing jobs and a community of support,” according to the website. For every $25 dinner voucher purchased online via the “mob,” 15 percent will be dedicated to a college scholarship fund for its crew of young servers and cooks.

This past weekend, Carrotmob held a kickoff for its second San Francisco campaign to help Valencia artisan cheese vendor Mission Cheese apply for and maintain bike parking, and to install water-saving devices.

Gulati says Carrotmobbers have spent more than $1 million at 250 campaigns around the world since 2008, helping businesses achieve socially just or climate-friendly improvements. While the endeavor deserves points for creativity, we can’t help but bristle at Carrotmob’s tagline: “In a boycott, everyone loses. In a Carrotmob, everyone wins.” (Hello? Ever heard of the Anti-Apartheid Movement? The Coalition of Immokalee Workers’ boycott against Taco Bell? Those boycotts produced some winners, we think.)

Meanwhile, there’s a push underway to bring healthier food to the city’s Southeast sector. While Fresh & Easy Markets in the Bayview and other locations may or may not shut their doors (stay tuned), the Southeast Food Access Coalition (SEFA) has started partnering with Third Street corner stores to improve residents’ access to healthy food options. The coalition is a collaborative of residents, community based organizations and city agencies focused on public health and food access.

The phrase “food desert” is typically used to describe low-income areas where stretches of pavement are dotted with liquor stores peddling unhealthy products. While corner stores in upscale neighborhoods may have vats of fresh chilled salads for sale under curved glass cases, stores in food desert areas typically carry little more than high-sodium chips, sugary soft drinks and alcohol.  A SEFA survey found that 60 percent of Bayview residents do their grocery shopping outside the area, and 33 percent reported that there were produce items they wanted but couldn’t buy in the area.

Lee’s Market and Ford’s Grocery are two corner stores participating in the program, which aims to transform businesses’ food product offerings to promote overall health in a neighborhood disproportionately impacted by diabetes and other kinds of disease. In exchange for stocking fresh foods, the stores receive access to retail technical assistance, promotion efforts by SEFA and other government incentives. Similar efforts are underway in the Tenderloin.

In late January, District 10 Sup. Malia Cohen joined representatives from SEFA and other community organizations for a store “reopening” to raise awareness about the healthier product offerings. “Within one week of stocking fresh produce, Lee’s Market sold out of its inventory,” Cohen’s aide Andrea Bruss told the Guardian via email, “demonstrating that there is a demand from these communities for fresh foods.”