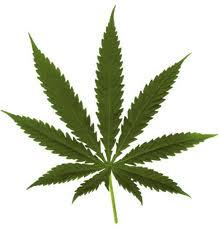 The state Senate Business, Professions, and Economic Development Committee was slated to hold a hearing Feb. 11 on Assemblymember Tom Ammiano’s efforts to create a regulatory framework for medical marijuana. That’s a fairly common practice when a new set of professional regulations is proposed; it’s called a “sunrise” hearing, and the idea is to get all the players in the room and see what kinds of concerns they have. A bill Ammiano introduced last year, AB 2312, would have put the authority to set state regs under the Department of Consumer Affairs; it died in the state Senate, but it will come back in some form or another.

So the committee chair, Sen. Curren D. Price, a Los Angeles Democrat, set the hearing, and committee staff went about rounding up witnesses — and then five days before the gavel dropped, the whole thing was called off.

What happened? Couple of things.

For starters, the office of Gov. Jerry Brown officially doesn’t like marijuana. And the DCA is part of the governor’s office. And the attorney general, Kamala Harris, has been awfully careful about getting into the medical marijuana fray. And the feds — or at least, the US attorney for Northern California — officially hates anything to do with the devil weed.

And all of those people should have been part of the regulatory discussion, except that somehow, they couldn’t quite make it to the hearing. “We had difficulty getting representatives of the administration and the attorney general to come,” Committee Consultant G. V. Ayers told me.

Then there’s the fact that Price is running for Los Angeles City Council (funny — in San Francisco, the supervisors want to be in the state Legislature. In LA, the state legislators want to be on the City Council. Possibly because there are no term limits, and there’s a huge city budget). And the election is in March. And anything Price (who has supported medical marijuana in the past) said or did that suggested he loves loco weed might get slung at him in the waning days of a long, expensive campaign.

So in 2013, everyone’s still afraid of pot. “What’s up with marijuana?” Ammiano asked me. “You can’t even have a hearing?”