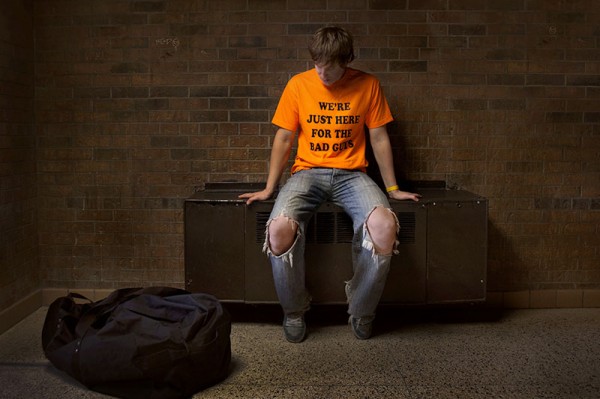 The most controversial and inspired film amid this year’s Utah fests actually screened at the Slamdance Film Festival, where it won the Grand Jury Sparky Award for a Narrative Feature. The Dirties, by 28-year-old Canadian writer-director-star Matthew Johnson, is an utterly brilliant, unstoppably hilarious found footage entry that follows two high school cinephiles as they try and make a documentary about “bullying,” while they themselves continue to get uncomfortably bullied at their own school.

Both characters use their real names in the film and have bedrooms filled to the brim with movie posters, comic books, and Magic: The Gathering cards. Johnson and co-star Owen Williams are such self-aware and self-referential movie geeks that you might feel as if you are watching a documentary about your own high-school experiences.

While I could tag the film nicely as Dawson’s Creek meets Man Bites Dog (1992), I’m betting Johnson’s already thought of that one. So what I want to stress is the level of honesty, originality, and terrifyingly timely subject matter this filmmaker brings to this incredibly contemporary story. His 10-episode Canadian web series, Nirvana: The Band The Show (2008), showed his knack for frenetically exposing a teenage boy’s passion. The Dirties digs a whole lot darker and deeper. Could he be the male counterpart to Lena Dunham? Make sure to watch the Red Band teaser trailer (above); it’s as chilling and funny as the film itself.