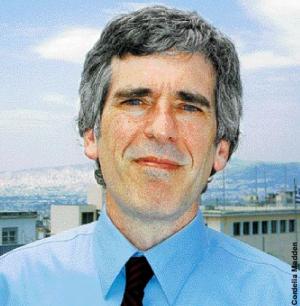 A lot of what we say and do becomes habit-forming. Groundhog Day 2013 could serve as a reminder that some political habits should be kicked. Here are a few:

No, it’s not a defense budget. It’s a military budget.

But countless people and organizations keep saying they want to cut “the defense budget” or reduce “defense spending.”

Anyone who wants to challenge the warfare state should dispense with this misnomer. We don’t object to “defense” — what we do oppose, vehemently, is military spending that has nothing to do with real defense and everything to do with killing people, enforcing geopolitical control and making vast profits for military contractors. And no, they’re not “defense contractors.”

Last week, midway through a heated debate on the PBS “NewsHour,” the president of NARAL Pro-Choice America said that some politicians get elected while hiding their extreme anti-abortion positions — but would be rejected at the ballot box “if they ran on their pro-life values.”

“Pro-life” values? Not a label that abortion-rights advocates should use for opponents of a woman’s right to choose an abortion. One of the main reasons those opponents keep calling themselves “pro-life” is they want to imply that supporters of abortion rights are anti-life. Why help?

In many realms, globalization can be positive, even essential. For instance, wonderful results flow from globalizing solidarity among workers around the world. Likewise, the planetary spread of awareness and cooperation among people taking action to protect the environment, stop human-rights abuses and end war.

Corporate globalization is another matter. Its destructive effects are lashing every continent with voracious commercialization along with exploitive races to the bottom for cheap labor, extraction of raw materials, privatization, flattening of protective tariffs, overriding of national laws that protect workers and replacement of democratic possibilities with the rule of big money.

Putting “corporate” before “globalization” may seem cumbersome, but it’s worth another three syllables. There’s a world of difference between globalization for human cooperation and corporate globalization. Blurring it all together misses the chance to clarify the distinct possibilities.

Fifty-five years ago, in his book “The Causes of World War Three,” sociologist C. Wright Mills wrote about what he called “crackpot realism” — policy nostrums widely touted by mass media outlets and other powerful institutions as wisely reasonable, yet actually disastrous.

In a similar groove, these days, we hear about how certain elected officials are “moderates.” And we might refer to them that way ourselves. But the grim results of crackpot moderation — climate change and environmental degradation, incessant warfare, more poverty, widening economic inequities, abuse of civil liberties and so much more — are all around us. So-called “moderates” fuel the infernos of catastrophe.

What’s moderate about the extreme injustices and destructiveness of the status quo?

We all do it sometimes — glancing at headlines and scarcely reading the stories — one of the reasons why, all too often, what we think we know actually isn’t so.

Case in point: a headline at the top of the New York Times front page days ago, no doubt leaving many quick readers with the belief that President Obama is getting tough on Wall Street.

Well, that’s what the headline conveyed. “SIGNAL TO STREET IN OBAMA’S PICK FOR REGULATORS,” it began, followed by an elaboration in big type just below: “A Renewed Resolve to Hold Financial Firms Accountable.”

Mostly focusing on the appointment of Mary Jo White to chair the Securities and Exchange Commission, the article offered a fleeting indication in its eighth paragraph that the “renewed resolve” might actually be wobbly. “While Ms. White is best known as an aggressive prosecutor,” the article noted, “she also built a lucrative legal practice defending Wall Street executives, a potential concern for consumer advocates.”

The basis for that potential concern, however, did not gain any further elucidation until the article’s twenty-sixth paragraph, which provided the other mention of why consumer advocates might be concerned: “Ms. White could face additional questions about her career, a revolving door in and out of government. In private practice, she defended some of Wall Street’s biggest names, including Kenneth D. Lewis, a former chief of Bank of America. As the head of litigation at Debevoise & Plimpton, she also represented JPMorgan Chase and the board of Morgan Stanley.”

So much for headlines