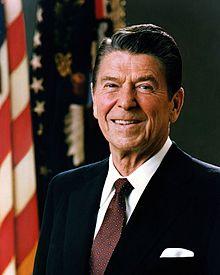 I like Robert Reich; he’s one of the smartest economic thinkers in the country and can explain everything that’s wrong with the economy in two minutes. And I really want to believe that he’s correct in his latest essay, and that President Obama really is poised to under the Reagan Revolution (or at least, the Reagan Republican Coalition).

I get it: The GOP is a fractured collection of groups that often have little in common (although the Democratic Party has some of the same problems). And the Reich message is hopeful:

Obama’s focus in his second inaugural — and, by inference, in his second term — on equal opportunity is hardly a radical agenda. But it aggravates all the tensions inside the GOP. And it leaves the GOP without an overriding target to maintain its fragile coalition. In hammering home the need for the rich to contribute a fair share in order to ensure equal opportunity, and for anyone in America — be they poor, black, gay, immigrant, women, or average working person — to be able to make the most of themselves, Obama advances the founding ideals of America in such way that the Republican Party is incapable of opposing yet also incapable of uniting behind.

All of that may be true — but it’s hard to understate the damage that Reagan did to America — and the amount of work and leadership it’s going to take to get us back to where we were as a nation before he and his ilk declared war on social programs, cities, and non-military government spending.

Before the Reagan Era, even Republicans accepted the concept that the very rich should be taxed at high rates; the marginal rates under Richard Nixon were at 70 percent. In the 1960s and 1970s, the federal government spent huge sums of money on cities. Before Reagan, economic equality was a value in this country. Now it’s not even on the agenda.

Obama’s second inaugural touched all the right notes. But he needs to do more than tinker around the edges of policy if he wants to have a Reagan-style impact on the country. And I don’t know if he’s up for it.