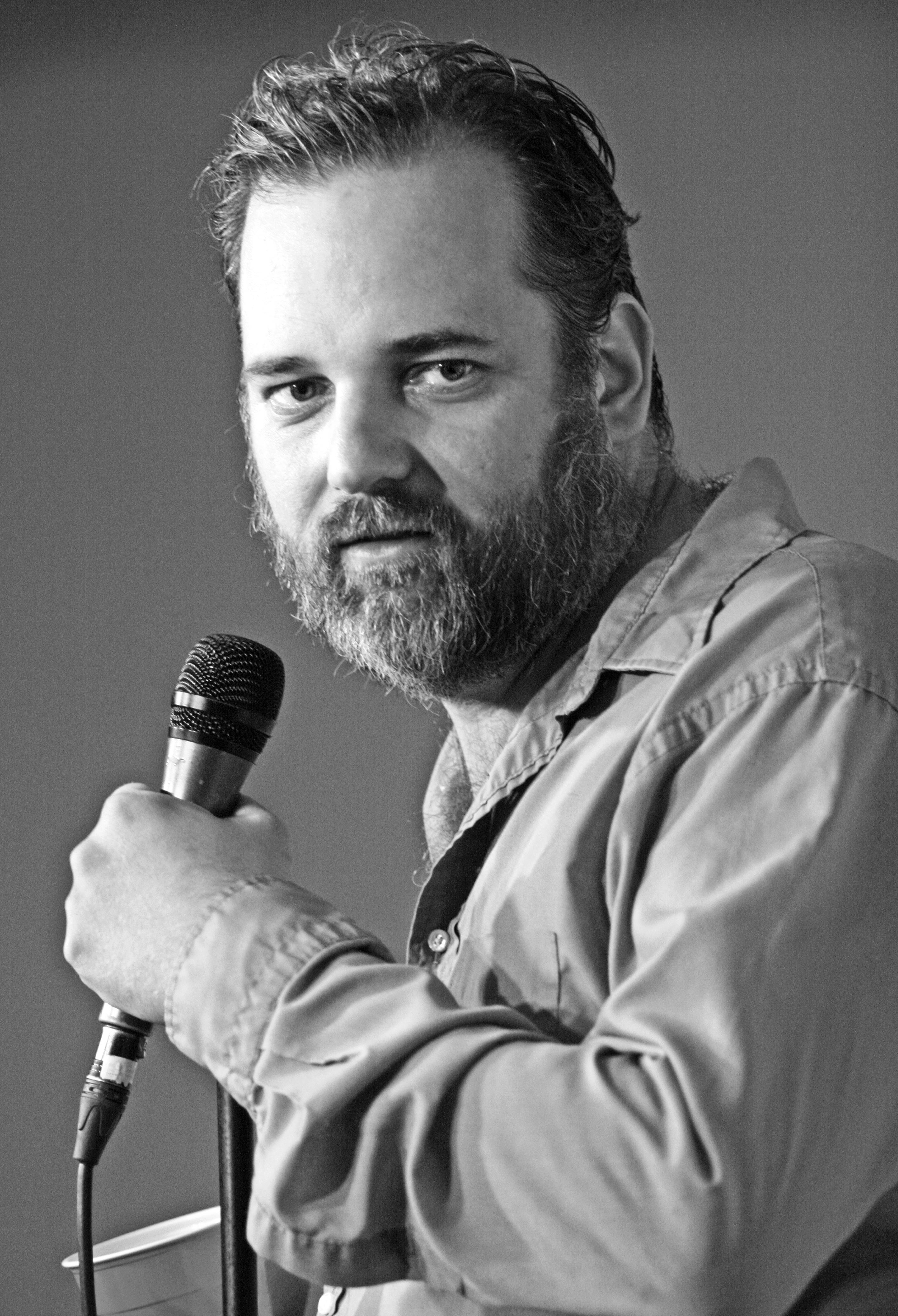 “I like to talk,” Dan Harmon said at the end of our Harmontown phone interview, while I was apologizing for going over the scheduled time. “And then everyone goes ‘I’m sorry, I love this but you know this is a 50-word piece next to the weather.’ I get, I get it.” Given that, post-Community, Harmon co-created a series for Cartoon Network, successfully crowd sourced an animated Charlie Kaufman film, pitched a Harmontown spin-off Dungeons & Dragons web series, and written pilots for Fox and CBS, there were a lot of topics to cover. Here’s an extended Q&A for the Harmonites.

San Francisco Bay Guardian With the options you have now with the internet and cable channels like Cartoon Network, why go back to network TV?

Dan Harmon That’s easy. Because nobody gets offered those opportunities, and although the networks are losing out to an increasingly fragmented media, you can still reach more people with a CBS sitcom in a half hour than with other things in a few weeks.

These next coming years are our very last chance to engage in the beautiful art form called the plain old sitcom. There’s these sound stages that have been erected in a time that there was big money changing hands and that system still exists, and you can have 200 of the most qualified people in the world helping you put on a little play about characters for a massive amount of people. That is why, because if CBS asks you, “Would you like to write something that has a five percent chance of getting on CBS on a weeknight when your mom will see it?”, you say yes.

And I have all the time in the world to do a great basic cable show, because we’re living in a golden age of great basic cable shows and it’s gonna be at least five years before that opportunity is gone for a writer who’s willing to put the work in. Then I’ve got the next 20 years until I die to make a video about me dancing around in my underwear, which will probably be the most satisfying thing I ever do.

SFBG On one of the earlier Harmontown podcasts, you were sort of threatening to not work so hard on your next project. Is that still the case?

DH When I wrote the pilot for Community, no one was around for that conversation because I hadn’t created Community yet, let alone gotten fired from it in a high-profile online scenario. But when I was writing the pilot for Community I was saying the exact same thing. I was saying I want to buy a house, I want to work less hard, to say “yes” to the system and play with its rules.

I apparently have a tendency to self-destruct by instinct. I’m sure praying mantises wonder why they’re ripping their husband’s heads off while they have sex but they can’t help it. If praying mantises were to have a religion I think a healthy one would be “I swear to God I’m not going to rip my husband’s head off next time.” I think that’s a good approach since every fiber of your being says you’re gonna do it anyway.

I tend to rip my own head off after having sex when I write these TV shows, because I start by going, “Oh, let’s just not do what we did last time, let’s not fall in love with this thing, and become obsessed with it, and become so emotionally attached to it that it becomes the most important thing in our life.”

That’s what I did with Community and the result was a great pilot script that got shot and turned into a great pilot. Then I nestle in and I get attached and it becomes me, it becomes my identity. So this time, now Community is over, that happened, and I’m saying the same thing again, let’s go to CBS, let’s go to Fox, let’s do this right this time, and you know, it’s part of a beautiful cycle, each time I say it. Three years is the longest job I’ve ever had, so maybe this time I can do it for six. And that’s a long-running show.

Taking a step back, the truth is when you write a pilot your job is to write something that feels as mainstream as possible. Community‘s pilot felt pretty damn mainstream in a very satisfying way. Like this is what TV is supposed to be: a warm friendly story about a group of misfits coming together. But you take three months to write a pilot, and then if it gets picked up you have 200 people working with you on a show that gets pumped out once a week, so everything changes.

Coming off the three-year job like that, of course you’re gonna go, “OK, on my next show it’s gonna be different,” but what I’m remembering now that I’m writing these pilots is of course it’s gonna be different — you’re writing a pilot, dummy! You get to relax a little bit — not take your time (in case anybody from Fox or CBS is listening), but you get to be healthy, you don’t have to chew Adderall like candy, or yell at anyone, and fret about what the people on Onion AV Club are gonna say in the comments, because it’s a pilot script. I get to be a writer again and not a politician anymore.

SFBG Speaking of the AV Club, you have a reputation for reading your own critics, down to the level of online message boards. Do you think you do that more than other people, or are you just outspoken about it?

When Community was running, I specifically made a point to not read any reviews, beyond whether the critics thought it was a decent episode. And definitely not to read the comments section under the reviews, especially if it’s a positive review. Because if it’s a positive review I know the comments section is going to be a kite tail of people being heroes in their own story trying to topple the tower of the good review, and it’s gonna get inside my head and it’s gonna fuck up my writing for other people who just want to see a nice TV show.

I think I do it probably less than others who do it, like, really egregiously and absolutely lie about it. But I also think there’s people out there who are complete heroes to me, because they’re able to not do it at all. I have three years at Community plus the Chevy Chase debacle plus my firing. That was pretty much being locked in a closet of cigars by my dad as far as reading about myself written about other people.

Whether you should or shouldn’t read about yourself on the internet, five years ago that was a completely different question. Five years ago if your laptop was open and you were typing your name into Google that meant you were doing a very specific thing, but now what are you doing? And if you’re Instagramming a picture of your cat and someone says, “I’m sick of seeing pictures of your cat on your Instagram,” and you comment back “Go fuck yourself, stop following me on Instagram, this is where I post pictures of my cat,” and you’re a showrunner of a sitcom, now what are we saying about that?

If I get a job running a show am I supposed to approach my Instragram differently? Then that question proliferates through Tumblr, Twitter … and now I’m gonna show my age by trailing off very quickly.

SFBG It’s confusing, too, because it used to be a certain measure of celebrity was just that people were talking about you in a formal way. There were articles, things you could look up and find. For most people, go back ten years, there’d be very little, almost nothing a person could find where someone would be commenting on what they did. Now everyone has that.

DH And that person would be called the critic and they would have almost perceptively gone to critic’s school or something. It would seem that way anyway. And their job, they had a practical job too. But what practical role does the critic play, outside of reviewing Iron Man 3? Because they’re not saving you time by printing a three hour synopsis of your half hour television show.

The odd thing in our culture now, the role of the critic has become a cultural thing so as consumers we’ve been given voices. We all like to pontificate why something is good beyond saying we enjoyed it; we like to be the guy that explains why something is good or bad. You’re right, everyone is doing that, including me. I have a podcast where I get to stand up and say I didn’t like The Dark Knight Rises and I get to make fun of the way Bane talks. Do I want Christopher Nolan tuning in and crying? No, I don’t want him to hear it. It’s my comfort zone as a consumer.

I think your point is — in the old days, if you were Cary Grant and you wanted to kind of preen in front of a media mirror, you could have your assistant run down to the newsstand and get that magazine that just did a piece on you. And you open it up with your physical hands and see whether they did a fluff job or they skewered you, and you could throw the magazine across the room or feel good about yourself in a binary way.