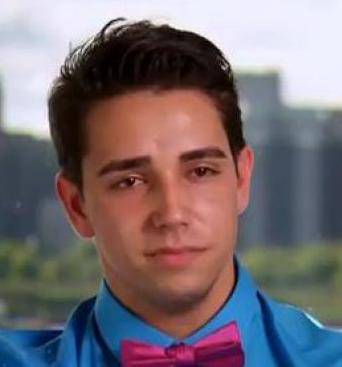 We make it through these early parts, Vivian and I — the embarassing blooper reel is not the best part of a show that does, at times, actually discover talent — and at times tosses it away. But this is where you get the first clips of someone who’s going to be a household word in a few weeks, so we watch carefully.

Here’s what we now know:

Nicki Minaj is a hot mess who has a trumped-up but delicious cat fight going on with Maria Carey, who is a diva princess. Keith Urban is dull. Randy Jackson is still there, pretty much running the auditions now since nobody else seems to have a clue. Now that J-Lo — who was not only talented and well-dressed (mostly) but compassionate and funny — and Steven Tyler, who was rock-star-batshit crazy, have moved on, there’s really not a lot to the panel anymore. So: Nicki curses at Maria. Stay tuned.

Oh, and Nicki also asks all the guys if they’re single. While her tits are popping out of some hideous Hello Kitty thing or a fake motorcycle outfit. And she insults Justin Beiber, who isn’t worth it. Jesus, Simon, what have you created?

There are, as always, good singers in the group, and we will get to them all in due time. But I already have a fave: Lazaro Arbos, who hails from Cuba, has a bad speech impediment and as a kid stuttered so bad he could hardly talk. But man, he can sing. Bridge Over Troubled Waters. He couldn’t get the title out when he talked, but then the music just flowed. And he’s cute and wore a pink bow tie. Kid’s got a future.