Home Why the GOP gets away with obstructing Congress 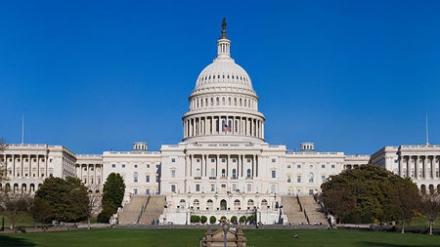 There’s an interesting piece on Calitics talking about what California can teach the nation in terms of ending Republican obstructionism. Robert Cruickshank, as usual, is right on target — and he points to the real problem in Washington. Republicans in the House no longer worry about losing their seats to Democrats; the GOP has been so good about gerrymandering that only maybe 30 or 40 seats in the entire nation are still competitive. What these increasingly right-wing loonies worry about is a primary challenge from an even loonier, even right-wingier candidate — so they refuse to vote for any taxes and they’re willing to bring down the entire economy if that’s what it takes.

The problem is it’s not as easy to fix nationally as it was in California. We’re talking long-term efforts to change governors and state Legislatures so they can rewrite Congressional districts (or create California-style independent redistricting, which I initially opposed but hasn’t turned out so bad). The Constitution mandages redistricting every ten years, but I don’t think there’s any rule saying you can’t draw new districts more often, or that you can’t create a new way of drawing them and put that in place right away. But again, that’s not immediate.