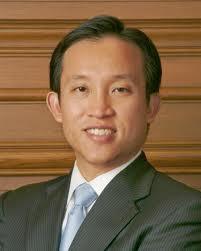 The last time the San Francisco supervisors elected a new board president, the progressives got a swift kick in the ass. David Chiu, who had been elected to the top slot two years earlier with the unanimous support of progressives, disappointed some of his allies and wasn’t going to get their votes. But he wanted to keep his job, so he turned to the conservatives — and with the support of the folks on the right, he won another term. The he turned around and put the center-right folks in charge of some key committees. Price of the deal.

Now he’s looking for a third two-year term — but this time there aren’t any easy alliances. Several of his colleagues are also in the running, from across the political spectrum. And nobody right now has the magical six votes.

Scott Wiener on one side, David Campos on the other, Jane Kim closer to Chiu … somebody’s going to have to back down or cut a deal. And that’s where these things tend to get squirrly.

Me, I think Campos would be perfect for the job, not only because I agree with him most of the time but because he’s reliable, fair, and cares about public empowerment and input. That wouldn’t be to Chiu’s advantage — the two are likely to be facing off in a tough state Assembly contest when Tom Ammiano is termed out in two years, and the last thing Chiu would want is to have his rival in such a high-profile spot. So it’s not likely either of those two will be voting for the other.

I haven’t always agreed with Kim, but she’s more on the progressive side than not, and she’s really smart. You could see that as she took apart the city attorney’s arguments during the Ross Mirkarimi debate. Wiener has one of the most ambitious legislative agendas of any current board member and has proven to be an effective (sometimes dangerously effective) politician.

Wiener can probably get votes from the most conservative side, Mark Farrell and Carmen Chu, and might be able to line up, say, Malia Cohen and possibly even newcomer London Breed. But that’s not six — and that assumes that Chiu doesn’t make a play for those votes the way he did last time. Campos will get the progressives (John Avalos and likely Eric Mar), but that’s not six either. And with Kim and Chiu going after some of the same people, nobody’s going to come close in the first round.

That is, unless somebody cuts a series of backroom deals.

So my suggestion is this: Let’s demand that all of them tell us up front who they would put on which committees. Sure, it looks like pandering if Wiener promises Budget and Finance Chair to Cohen, who then votes for him — but that stuff is going to happen anyway, and I’d rather have it out in the open.